EPL Transfer Speculation That Could Shake-up the FPL Landscape

The 23 year old Italian forward has been touted as a future star in recent times after bursting onto the scene with Torino in the 16/17 campaign, registering a staggering 26 goals and 7 assists. Belloti’s scoring prowess accounted for 37% of his team’s seasonal goals. This has sparked the interest of both Manchester United and Chelsea who are looking to transfer in new centre forwards to their squads. For FPL managers, the signing of Belloti to either Premier League powerhouse could spell golden points returns. However, the price tag placed on the young forward’s transfer by Torino (£84million) has halted Man Utd’s push, allowing Chelsea to swoop, should the sale of Diego Costa manifest. FPL managers would be silly not to consider selecting Belloti in their squads if his transfer occurs, as he registered 3.8 shots on target per 90mins in the last Serie A season, along with 1.1 successful take-ons per game and a key pass every 56.2 minutes. Additionally, Belloti was fouled on average 3.6 times per game. This proves that Belloti is an active forward that gets on the ball and takes responsibility for his positional role. Belloti could be a bargain pick up in comparison to his forward counterparts. 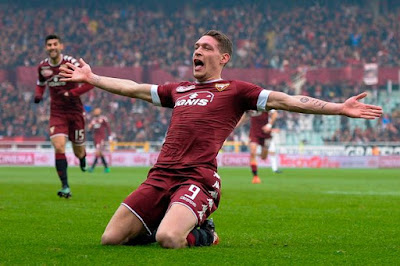 Ҫalhanoğlu has been a dynamic player for many consecutive seasons in the Bundesliga. However, season 16/17 wasn’t the Turk’s best season to note of, having only managed 15 league appearances over the course of the entire campaign. Although he had low appearance numbers, Ҫalhanoğlu doubled his scoring output from the previous season, snapping up 6 goals. With limited minutes and Leverkusen finishing below mid-table, the Turkish international has been linked with a move away, with Arsenal currently leading the race for his signature. With his wizardry dribbling and excellent long-shooting in addition to his majestic free-kick ability, Ҫalhanoğlu has the potential to thrive in the Premier League – especially with an Arsenal side that loves to possess the ball. The interchangeable midfielder and often make-shift centre-forward could spell good news for FPL managers wanting an Arsenal player in their squad when they have a good run of fixtures but can’t afford Alexis Sánchez (should he stay) and have given up putting faith in Theo Walcott and Mesut Özil. The crafty playmaker was instrumental when he played in the Bundesliga last term having a shot every 25.7 minutes and orchestrating a shot assist every 42.8 minutes, making him one of the most influential players in the Bundesliga. If this form transfers over to the Premier League, along with him being a certainty to be placed on set-piece duty, FPL managers are in for a treat. 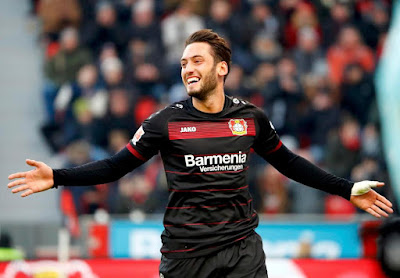 What can you say about Morata besides the fact that he loves playing for big clubs. The young Spaniard has been an above average striker for the better part of four years but has never been entrusted to lead the team he has been playing for, often playing second fiddle to other big names like Karim Benzema. If a move to the Red Devils comes to fruition, it is likely that he will slot straight into the void left by Zlatan Ibrahimović at the spearhead of United’s attack. With a regular starting spot, Morata could work wonders for FPL managers, as it would provide more depth in the striking position for squad selections. Almost a certainty to be a cheaper price than most other prolific strikers (Kane, Aguero, Lukaku, Costa), Morata possesses the ability to score and create just as much offensively as his counterparts. Scoring 15 goals for Madrid in season 16/17 after only featuring in 14 games from the opening whistle, and a further 12 from the bench, Morata knows how to find the back of the net. He is a very efficient scorer, only having on average 2.1 shots per game, but 1.8 are from inside the box, meaning he is a true out and out striker with exceptional poaching skills and aerial prowess. These are all good skills to be a successful FPL points scorer which is what FPL managers want. WFC believes that if Morata is in the Premier League this upcoming season, it is highly probable that he will break the 20 goal barrier. However, a lot of his goals will come from crosses and balls played into him – not maze dribbling self-constructed goals, meaning that with Morata’s acquisition, the potential of Pogba, Mata, Mkhitaryan and Martial's points returns also increases. 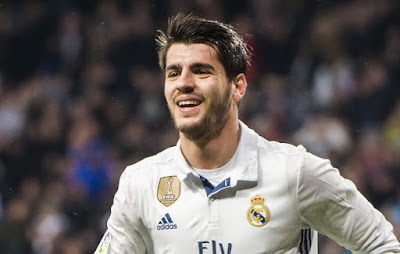 Since leaving Stamford Bridge and moving to the Serie A with Roma, Salah has come on in leaps and bounds. This has caught the eye of Jurgen Klopp, with the Egyptian almost certain for a return to the Premier League. For FPL managers, the transfer of Salah back to the Premier League might not sound too enticing after his first stint with Chelsea that promised so much but delivered so little, after never truly breaking into the team as a nailed on starter. For the past two and a half seasons in the Serie A (on loan and permanent transfers), Salah has scored 35 goals in 81 total appearances. Season 16/17 was Salah’s most productive and effective to date in his career, amassing 15 goals, 11 assists and winning man of the match on 4 separate occasions in the league. At 25 years old, Salah is moving into the prime of his career and a move to Liverpool could spark him to jump to another level in ability. For FPL managers looking for attacking assets, Salah could provide another handy option, as joining Liverpool would mean he is moving into a well-developed attacking force that scores a lot of goals that come from direct assists. Salah’s 2.9 shots and 2.6 key passes per game ranks him higher than current Liverpool men in comparable positions, Sadio Manè for shots (2.1) and Coutinho for key passes (2.5) who both had similar amounts of league appearances – Salah (31), Manè (27), Coutinho (31). If Salah’s Serie A output can be replicated, he could level or even eclipse the FPL points tallies registered by Manè or Coutinho in the past season. Re-entrusting Salah could be a worthy FPL consideration. 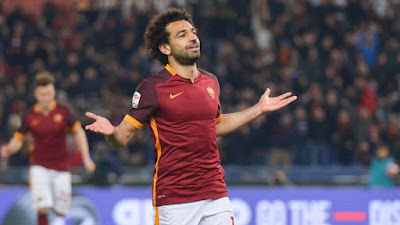