By Worldwide Fantasy Club January 22, 2018
After some disappointing performances on the world footballing stage in recent years, the Three Lions breezed through qualification and booked themselves a ticket to the 2018 FIFA World Cup.

Going into the tournament, many England fans have high hopes and are demanding success. Manager Gareth Southgate has a reasonably strong squad to choose from, with many stars such as Harry Kane, Raheem Sterling, Dele Alli, John Stones, Eric Dier, and Kyle Walker locked in to be selected in the squad.

However, after all the stars and key players are selected, there will still be spaces in the squad that need to be filled, leaving numerous players in contention for minimal places.

So, we at WFC have looked into those not guaranteed of a place in the England World Cup Squad, and rated their chances out of 10 of going to Russia.

+ Five Fighting for their Place +

Age: 32
Position: Centre Back
Club: Chelsea
England Appearances: 58
Our Say: Has much experience and has been a consistent performer in the past. With young English centre backs such as Jones, Stones, Maguire, Keane and Dier performing excelling though, Cahill will have a battle on his hands to make the squad.
World Cup Chances: 6/10

Age: 21
Position: Centre Midfielder
Club: Tottenham
England Appearances: 1
Our Say: Burst onto the scene in the latter few months of 2017, and earned himself a national team cap, performing well in this match. However, he has fallen off the pace in the last couple of months and has been halted by injury. Winks has the class needed to be a star, but will need to re-find his form and fitness to be selected.
World Cup Chances: 5/10 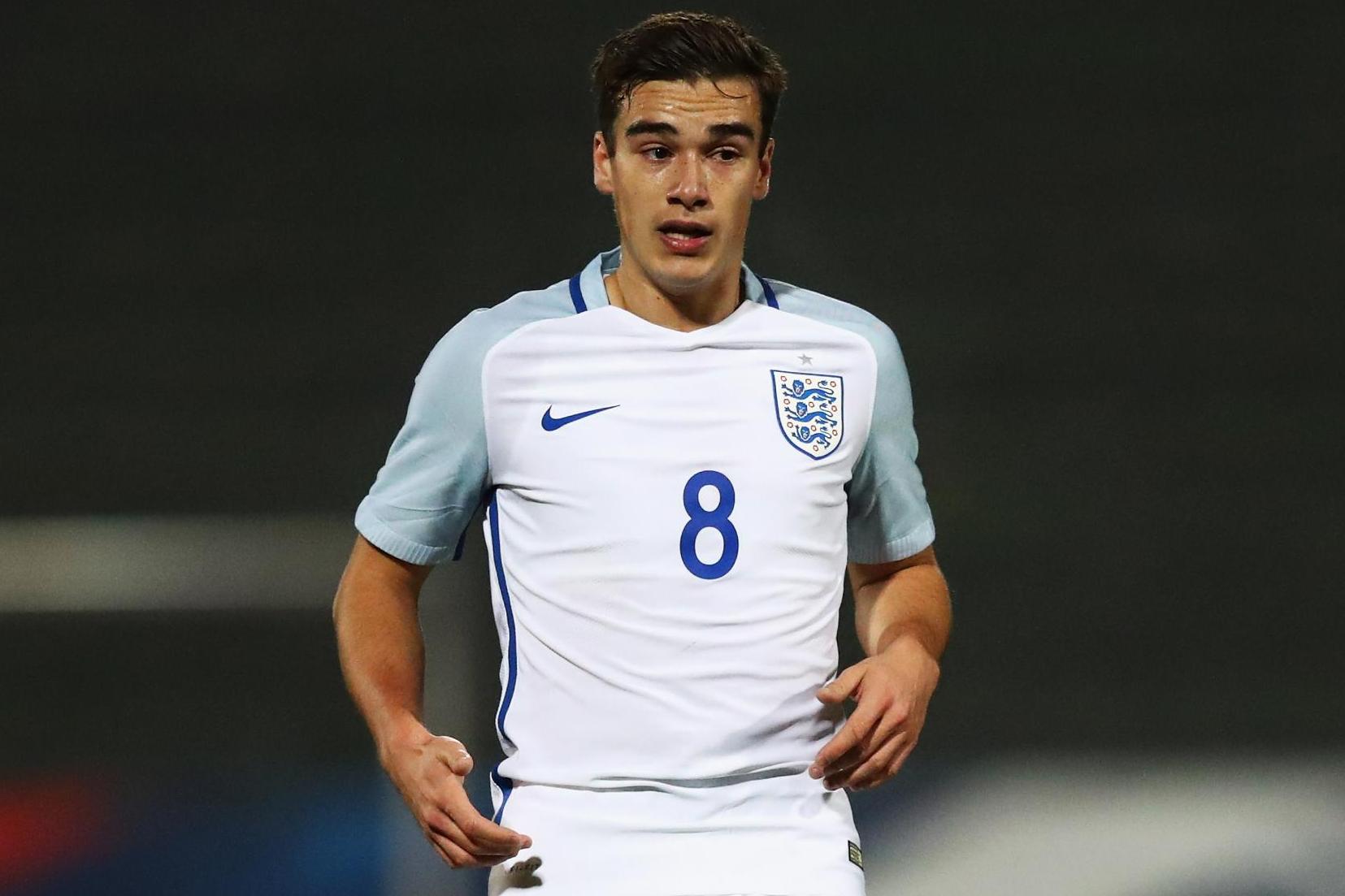 Age: 27
Position: Centre Midfielder
Club: Chelsea
England Appearances: 3
Our Say: Despite having only started three matches for Chelsea all season, Drinkwater has performed well each time. To be in England’s World Cup squad though, he will need to get regular minutes under his belt.
World Cup Chances: 6.5/10 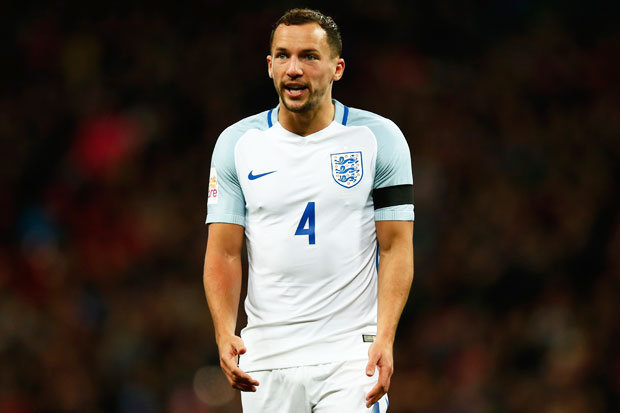 Age: 27
Positions: Striker, Winger
Club: Arsenal
England Appearances: 36
Our Say: Has been a regular for England for years now, and has done a good job up front. Injuries have been a huge problem for Welbeck though. If he wants to go the Russia with the English squad, he must steer clear of injury and find some form.
World Cup Chances: 7/10 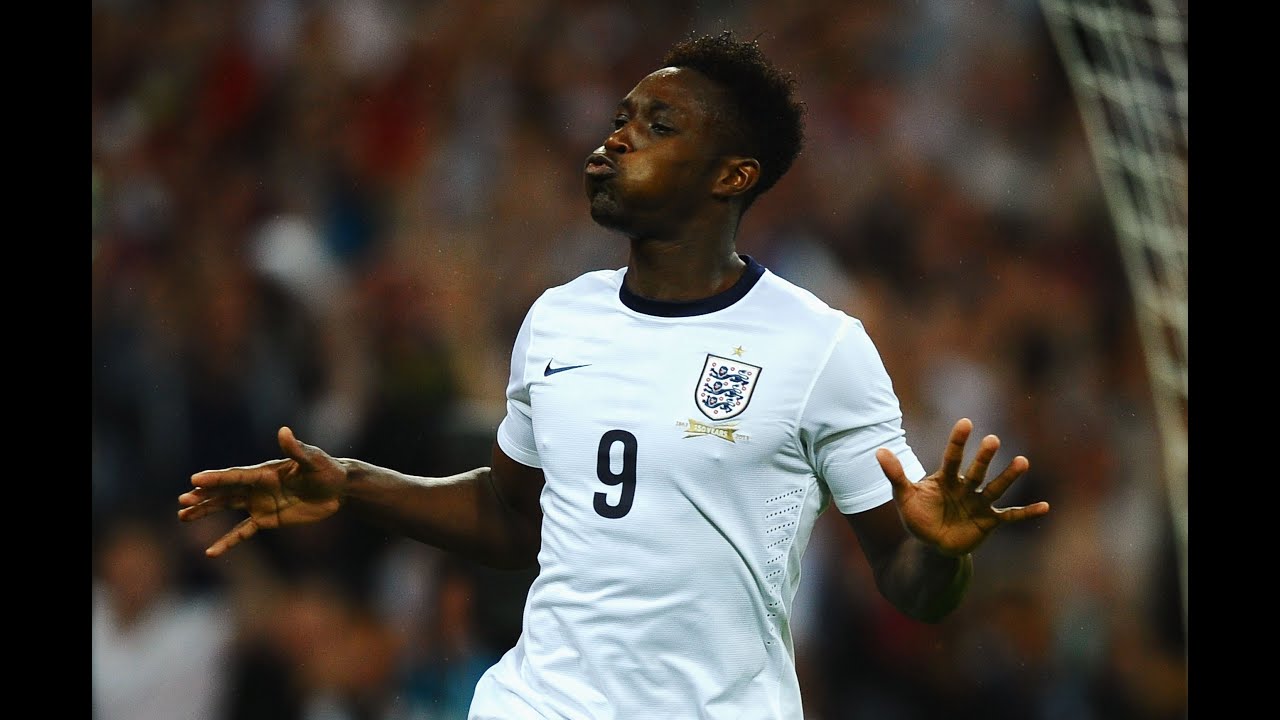 Age: 28
Position: Winger, Striker
Club: Arsenal
England Appearances: 47
Our Say:  Completely overlooked at Arsenal this season, Walcott’s World Cup chances looked over. However, a move to Everton has changed this. At the Toffees, Walcott will most likely nail down a regular starting spot. On debut, he provided an assist, and should he starting scoring or assisting regularly, Walcott will definitely come back into the World Cup fold for England.
World Cup Chances: 5/10

+ Five Who Have Put Themselves in the Picture +

Age: 23
Position: Goalkeeper
Club: Everton
England Appearances: 1
Our Say: Last season, not many would have thought Pickford could be England’s number 1 at the World Cup. However, Everton’s shot-stopper has been a stand out performer in goals this season. With Tom Heaton suffering from a long term injury, and Joe Hart and Fraser Forster out of form, Pickford is well in the race to be England’s starting keeper in Russia.
World Cup Chances: 9.5/10 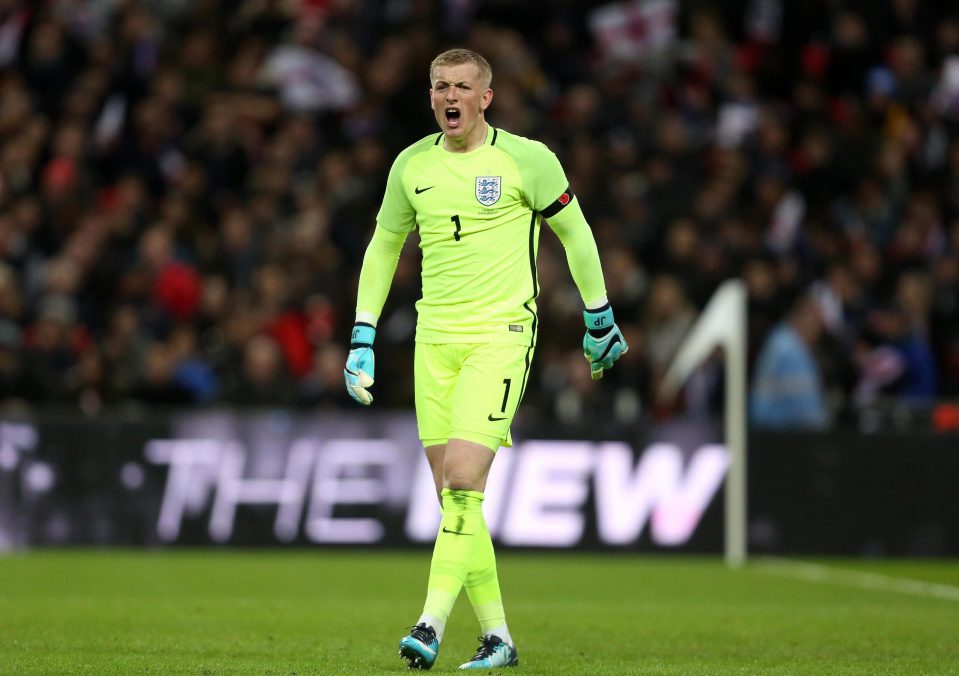 Age: 24
Position: Centre Back
Club: Leicester
England Appearances: 3
Our Say: Shot onto the scene last season with Hull, and has only gotten better this season. He has commanded the Foxes backline this season so far, and has already earned himself three England caps on the back of these performances. Southgate has quite a few centre backs to choose from, but Maguire will most likely be off to Russia if he keeps performing well.
World Cup Chances: 8/10 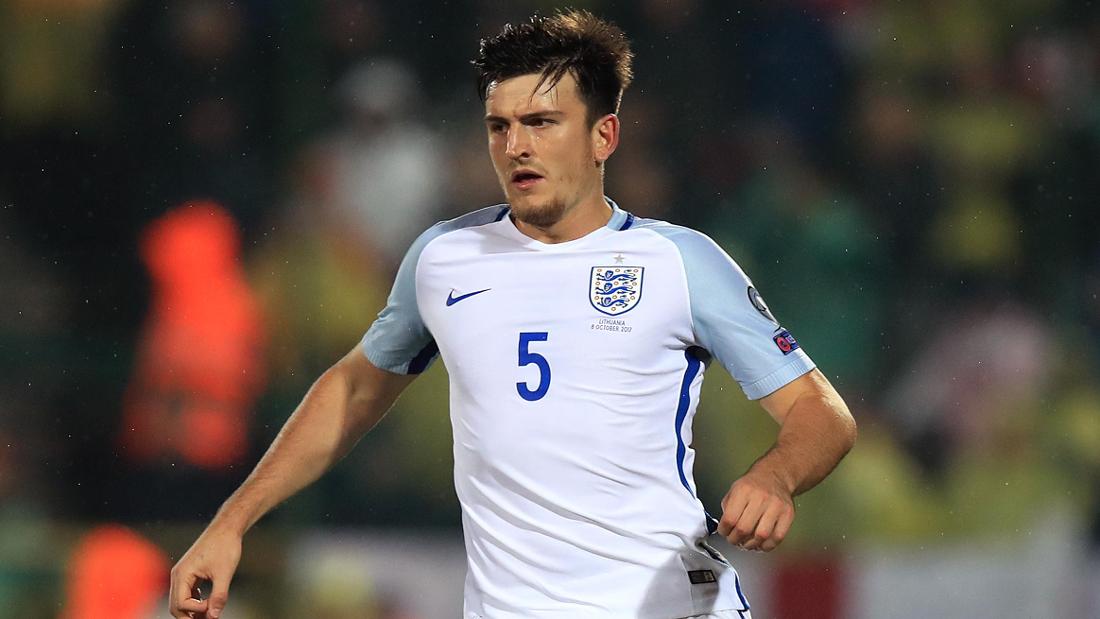 Age: 28
Positions: Centre Midfielder, Left Back
Club: Manchester City
England Appearances: 9
Our Say: Languished on the Manchester City bench last season, only playing 224 minutes all season. However, he has been a regular for Pep Guardiola’s side this season, already playing 1282 minutes. He has been a reliable performer for England in the past, and is a versatile player. If Guardiola trusts Delph, so should Southgate.
World Cup Chances: 7/10 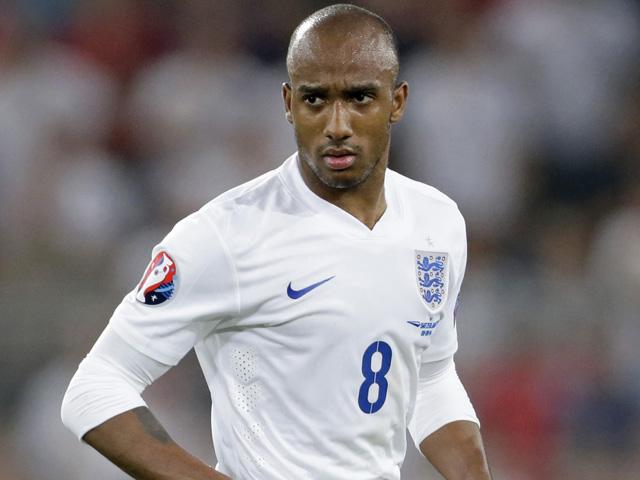 Age: 26
Position: Centre Midfielder
Club: Arsenal
England Appearances: 34
Our Say: Has been ignored by Southgate in the past due to a lack of minutes. However, Wilshere is injury free, starting week in week out, and performing at a high level. He seems to now be reaching his full potential, and if he is not struck down by injury, Wilshere will be hard to ignore.
World Cup Chances: 8/10

Age: 25
Positions: Attacking Midfielder, Winger
Club: Manchester United
England Appearances: 8
Our Say: Inconsistency in the past has prevented Lingard from taking a step forward in his career. Recently however, his performances have been sublime, scoring 7 goals and providing 2 assists in his past 11 starts. Now, the challenge for Lingard is to keep this form up. Should he do this, it would signal a coming of age and  a transition from a frustrating talent to a top level footballer.
World Cup Chances: 9/10

Age: 20
Positions: Centre Back, Right Back
Club: Liverpool
England Appearances: 2
Our Say: The young Liverpool defender has been a mainstay in the Reds backline this season, where he has put in quality performances well beyond his years. Making his England debut in November 2017, Gomez received the man of the match award in only his second appearance for the Three Lions, completely nullifying Brazil’s Neymar in the match. Despite Southgate having many defenders to choose from, Gomez’s versatility and unique attributes could see him selected for the World Cup.
World Cup Chances: 7.5/10 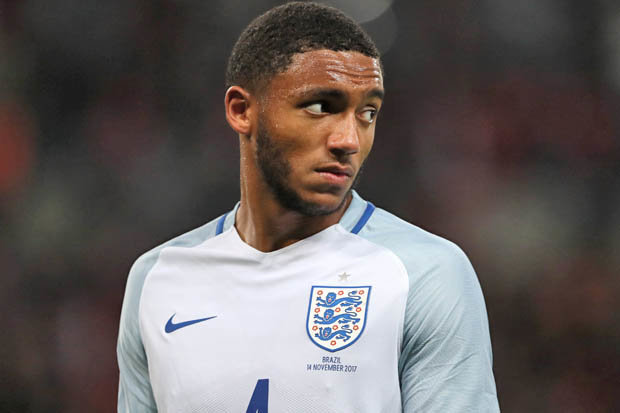 Age: 28
Position: Centre Midfielder
Club: Watford
England Appearances: 13
Our Say: After a rather unsuccessful spell at Everton, Cleverley has rediscovered his best form at Watford. Despite not representing England since 2013, Cleverley could be a solid option at centre midfield for the Three Lions in the World Cup.
World Cup Chances: 4/10 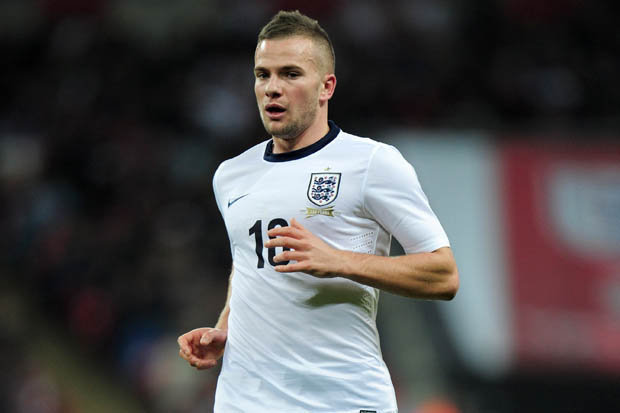 Age: 21
Positions: Centre Midfielder, Wide Midfielder
Club: Crystal Palace
England Appearances: 2
Our Say: The young midfielder hasn’t been given a chance at his parent club Chelsea, but has put in a string of fine performances for his loan club Crystal Palace. This saw him earn a call-up to the national team in November, where he won man of the match against Germany in only his second appearance. Loftus-Cheek has shown that he can hold his own on the international stage. Now, he must convince Southgate that he is a better option than others.
World Cup Chances: 5/10

Age: 26
Position: Winger
Club: Crystal Palace
England Appearances: 13
Our Say: A very dangerous player who can be unstoppable on his day. However, inconsistency has been a problem for Townsend. He just seemed to be finding some consistent form, but injury has struck him down. Townsend needs to get fit, back on the park, and hit outstanding form if he wants to earn an England recall.
World Cup Chances: 2/10 Age: 21
Position: Winger, Attacking Midfielder
Club: Leicester
England Appearances: 0
Our Say: A young gun who has a big future for England. With his dribbling and trickery, he has what it takes to be a top class player. Although unlikely, it would be a great time to give the future star national team experience at a World Cup.
World Cup Chances: 0.5/10

+ Five Likely to Miss Out +

Age: 31
Position: Goalkeeper
Club: Burnley
England Appearances: 3
Our Say: A very bad shoulder injury has ruled him out of the majority of the 2017/18. In this time, young English goalkeepers such as Butland and Pickford have put their best feet forward. With Joe Hart a favourite in the national set up, it looks like Heaton will struggle to find a place in England’s World Cup squad.
World Cup Chances: 4/10 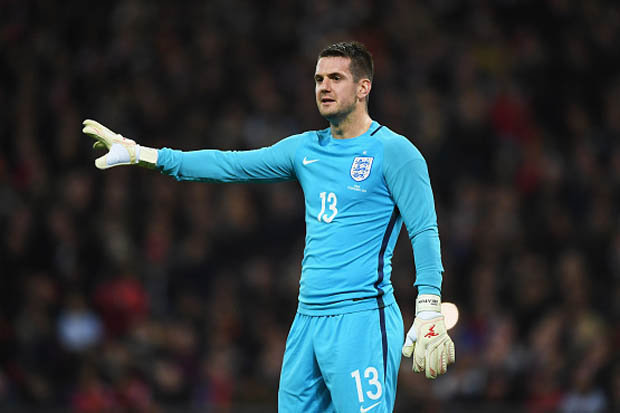 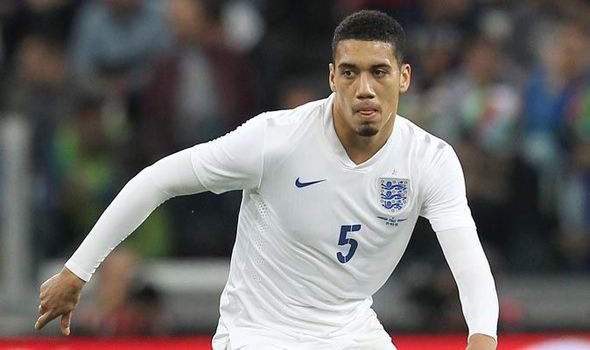 Age: 24
Position: Attacking Midfielder, Winger
Club: Chelsea
England Appearances: 22
Our Say: Has been ruled out due to injury all season. A move to Chelsea doesn’t seem to boost his World Cup chances, with regular minutes looking hard to come by given that Conte already has Kanté, Bakayoko, Fàbregas and Drinkwater at his disposal. Without finding superb form, Barkley will miss out.
World Cup Chances: 3/10 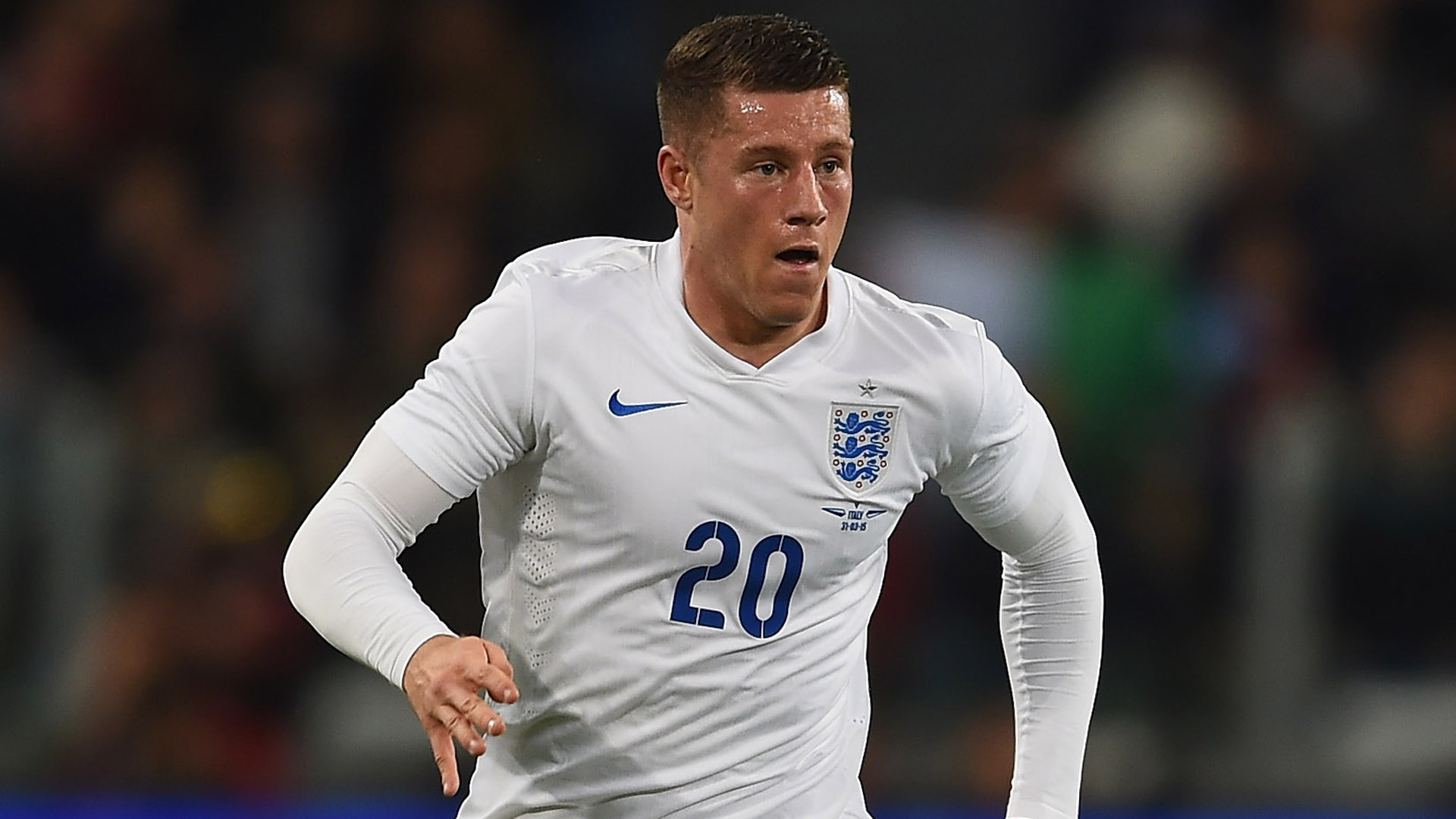 Age: 35
Position: Striker
Club: Bournemouth
England Appearances: 57
Our Say: The veteran worked his way back into the English side in 2017 after a string of top quality performances. However, Defoe has been poor this season, and with numerous other attacking options at Southgate’s disposal, Defoe’s chances of making England’s World Cup squad look very, very slim.
World Cup Chances: 1/10 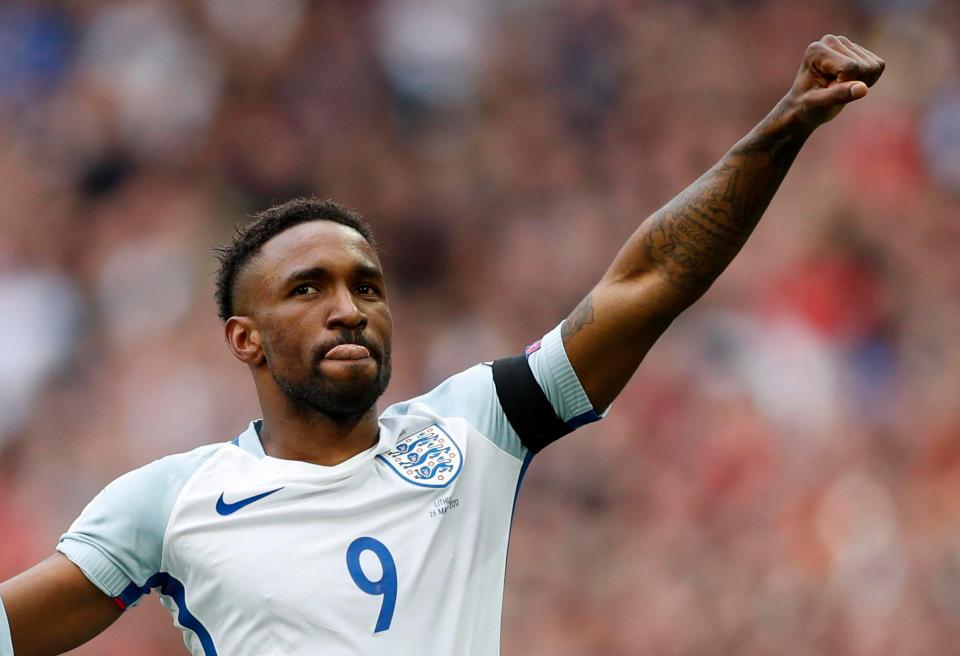 Age: 28
Position: Striker
Club: Liverpool
England Appearances: 26
Our Say: A proven goal scorer, Sturridge has had his career halted by Jürgen Klopp’s reluctance to afford him minutes. This has greatly impacted his international career, having been overlooked by Southgate recently. With only five starts all season, and zero club minutes in ten games, Sturridge must urgently find himself a starting spot and begin to bang in the goals to show that he is one of England’s best strikers. 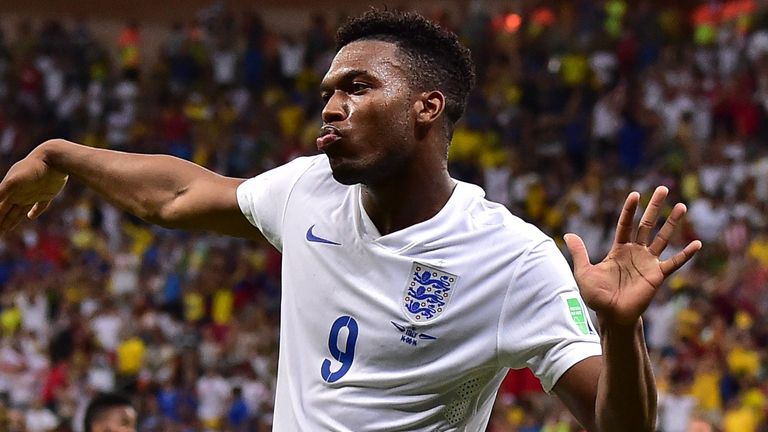