By Worldwide Fantasy Club February 18, 2018
After the longest ever World Cup qualifying campaign, the Socceroos are off to Russia.

Going into the tournament, many Australia fans have high hopes and are expecting the squad to strongly contest for a place in the knock-out stages of the tournament.

It's fair to say that the majority of the squad is already locked in, with players such as Mat Ryan, Trent Sainsbury, Mile Jedinak, Aaron Mooy, Tom Rogic and Mat Leckie all guaranteed a ticket to Russia (barring injury). However, new boss Bert van Marwijk will bring a new philosophy to the side and still have numerous spots to fill in his final 23 man squad.

As a result, even after all the stars and key players are selected, many other players will still be in the running for a World Cup berth.

So, we at WFC have looked into those not guaranteed of a place in the Australian World Cup Squad. These players all offer something the Socceroos team could use, and should at least be considered by van Marwijk.

Age: 27
Position/s: Centre back
Club/s (appearances): Imotski (41), RNK Spilt (0), NK Mosor Zrnovnica (12), NK Hrvatski Dragovolljac (27), NK Lokomotiva Zagreb (59), Jeonnam Dragons (49)
Australia appearances: 0
Our say: Mrĉela has been a journeyman amongst Croatian football clubs, being a mainstay at centre back since the age of 20 at each club he has been at. As a result, Mrĉela is experienced at defending against quality European opponents. The 195 cm giant would also add some much needed height to the Australian backline and is a threat from set pieces.

Age: 33
Position/s: Centre back
Club/s (appearances): Central Coast Mariners (172), Jiangsu Sainty (12), Jeonbuk Hyundai Motors (86), Melbourne City (10), Sydney FC (50)
Australia appearances: 16
Our say: A member of the Australian World Cup squad in 2014, as well as the 2015 Asian Cup winning squad, Wilkinson is an experienced and proven defender. Once stand in skipper of the Socceroos, Wilkinson has proven at Sydney FC that he still has much to offer, and his cool head and game reading abilities could prove vital at the 2018 World Cup, especially in mentoring the younger defenders such as Sainsbury, Jurman, Wright and Degenek.

Age: 36
Position/s: Right back
Club/s (appearances): Middlesbrough (22), Bristol City (112), Twente (69), Dynamo Moscow (170), Feyenoord (27), Akhmat Grozny (7), Sydney FC (20)
Australia appearances: 80
Our say: Australia’s 8th most capped player of all time was unceremoniously frozen out of the national team by former manager Ange Postecoglou, despite playing at two World Cups, two Asian Cups, and one Confederations Cup. Along with 80 Socceroos caps, Wilkshere has also been a key player at high level clubs. Despite not being as quick as he once was, Wilkshere is as skilful and defensively solid as ever, as shown by his sublime performances for Sydney FC. With not many Australian right backs standing out, it’s hard to argue that Wilkshere isn’t Australia’s best right back heading into the World Cup.

Age: 29
Position/s: Left back, left midfield
Club/s (appearances): Brisbane Roar (53), FC Utrecht (36), Adelaide United (24), Melbourne City (15), Sydney FC (48)
Australia appearances: 10
Our say: Australia has an embarrassment of riches at left back, but Zullo’s form has put him well in the race for a World Cup spot. A key cog in Sydney FC’s dominance, Zullo has registered 2 goals and 8 assists in 17 appearances for the A League leaders this season. If he keeps his form up, Zullo will be hard to look past.

Age: 29
Position/s: Left back
Club/s (appearances): Derby (0), Cambridge United (1), Chesterfield United (1), Silgo Rovers (4), Shrewsbury Town (3), AFC Telford United (28), York City (131), Bradford City (223), Milwall (32)
Australia appearances: 2
Our say: A member of Australia’s large left back brigade, Meredith has been a consistent performer in England’s lower leagues for years now. He has recently claimed that he is Australia’s best left back, but will face a tough task to make the squad ahead of the likes of Aziz Behich, Alex Gersbach and Michael Zullo. His downfall may be his attacking output, which does not compare to his aforementioned competitors.

Age: 23
Position/s: Defensive midfield, centre midfield
Club/s (appearances): Perth Glory (17), Sydney FC (75)
Australia appearances: 0
Our say: O’Neill has had a very fast rise to prominence. In two seasons, he has gone from someone who was considered a risky signing by Graham Arnold, to one of Australia’s best central midfielders. O’Neill is an accomplished passer, effective tackler, and a player who exudes an air of class around him. A future Socceroos star, capping O’Neill would give him exposure to the national team set up, and prevent Ireland trying to persuade him to align with them.

Age: 24
Position/s: Defensive midfield, centre midfield, right back
Club/s (appearances): Gold Coast United (14), Newcastle Jets (46), Fiorentina (2), Empoli (1), Como (21), Sydney FC (47)
Australia appearances: 5
Our say: Since Brillante’s national team axe after the 2014 World Cup, he has developed into a truly dominant defensive midfielder. Time in Italy helped him to refine his skills and learn from great players, and a return to the A League at Sydney FC has provided Brillante with the perfect chance to showcase how good a player he is. Completing the 1st most passes and 3rd most tackles in the A League this season, Brillante is a player who has an enormous engine and does not mind getting his hands dirty. In the mould of a Mile Jedinak, Brillante’s combatant style of play may come in handy against the type of attacking players Australia will face at the World Cup.

Age: 24
Position/s: Defensive midfield, centre midfield, left back
Club/s (appearances): Brisbane City (34), Telstar (29), Sparta Rotterdam (80)
Australia appearances: 0
Our say: To be honest, it’s a surpise that Kenny Dougall hasn’t been given at chance at international level yet. A regular in the Eredivisie for Sparta Rotterdam, Dougall is a composed passer and skillful dribbler, but also adept at tackling and making interceptions. Dougall’s all round midfield play would see him fit seamlessly into the Australian set up, and we have a hinting suspicion that new boss Bert van Marwijk will take a liking to Dougall and select him the World Cup squad. Age: 26
Position/s: Left midfield, right midfield, centre midfield, attacking midfield, left wing, right wing, striker
Club/s (appearances): Newcastle United (0), Crewe Alexandra (134), Peterborough (12), Rochdale (31)
Australia appearances: 0
Our say: Despite representing Scotland at junior level, Inman has pledged allegiance to Australia, and was subsequently called into the Socceroos squad for the 2016 friendly against England. Able to play anywhere in midfield or attack, Inman is a very dangerous player who possesses speed and directness. Given he has been playing in the English lower leagues for his whole career, Inman has quality, and could be a useful player at the World Cup. 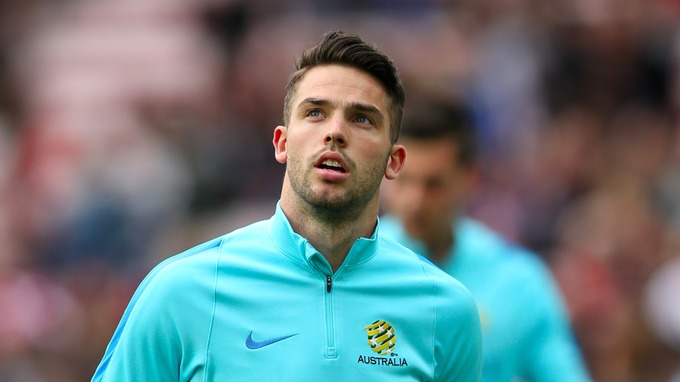 Age: 19
Position/s: Left wing, right wing, attacking midfield
Club/s (appearances): Melbourne City (15)
Australia appearances: 0
Our say: One of the most prestigiously talented footballers Australia has produced in recent years, Arzani has been setting the A League alight this season. Mark Bosnich has called for Arzani to be capped in the near future to prevent Iran from capping him, and the perfect chance to do this may be in the lead up to the World Cup. This would provide Arzani with great experience to prepare him for the future, and also add some flair to the Socceroos side.

Age: 24
Position/s: Right wing, left wing, striker
Club/s (appearances): Adelaide United (42)
Australia appearances: 0
Our say: Mileusnic’s performances this season deserve greater praise than he has received. In 24 games (all competitions), the 24 year old has scored 6 goals and provided 5 assists, often terrorising opposition defences with his pace and dribbling skills. His finishing has been wayward at times, but he could be a useful player off the bench for the Socceroos and has a big future in green and gold.

Age: 25
Position/s: Attacking midfield, right wing, left wing, centre midfield, striker
Club/s (appearances): Sydney FC (34), Kelantan (0), Brisbane Roar (98), Ulsan Hyundai (9), Newcastle United Jets (19)
Australia appearances: 0
Our say: Having moved through the ranks of Australia’s national junior sides, Petratos is yet to make the move to the Socceroos. However, with his form this season, Dimi is right in the mix for a World Cup spot. Dominating the A League this season, Petratos has scored 8 goals (1 shot every 30.3 minutes) and provided 9 assists (1 shot assist every 30.3 minutes). His overall attacking skills, versatility and outstanding form would see Petratos fit very well into the Australian set up. 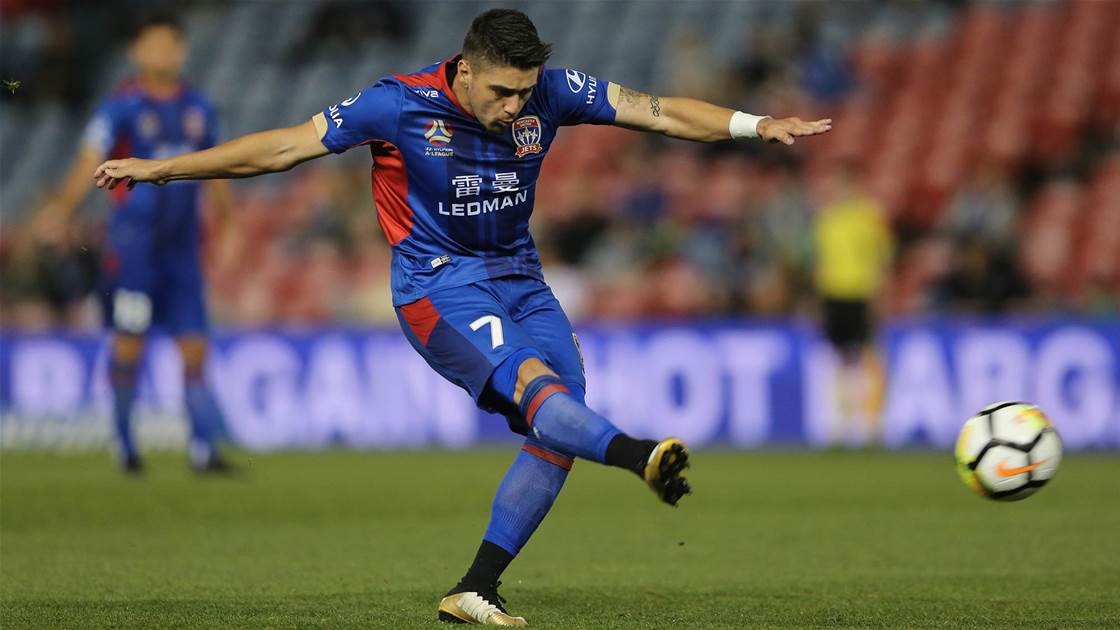 Age: 22
Position/s: Right wing, striker, left wing
Club/s (appearances): Brisbane Roar (88), FC Kaiserslautern (16)
Australia appearances: 0
Our say: Borrello took a while to adjust to life in Germany, but has been performing at a high level over the past month or so. In 12 Bundesliga 2 appearances this season, he has scored 1 goal and provided 4 assists. Off the bench for the Socceroos, Borrello would bring energy and speed that would threaten defences late in games.

Age: 25
Position/s: Right wing, left wing, striker
Club/s (appearances): Melbourne Victory (45), Negeri Sembilan FA (12), Newcastle Untied Jets (44)
Australia appearances: 0
Our say: After performing so well last season, Nabbout has taken his form to another level this season. In 20 appearances, he has netted 9 goals and provided 8 assists. Impressively, Nabbout hits the target with 50% of his shots, and is a perfect mix of pace, strength and aerial ability. With Australia looking for another striker, Nabbout could be van Marwijk’s man. 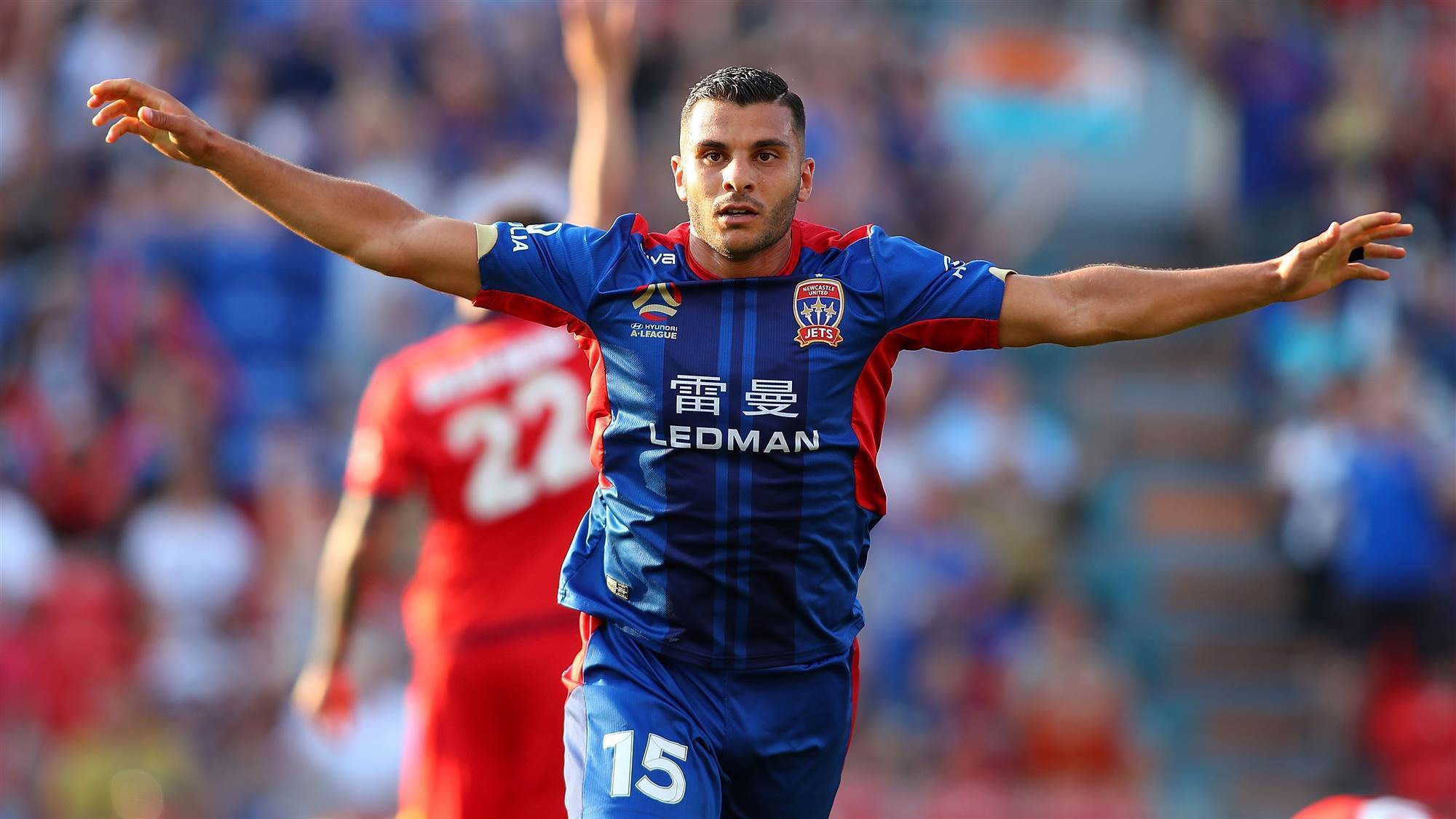 Age: 27
Position/s: Striker, right wing
Club/s (appearances): Gold Coast United (26), Melbourne Heart (now Melbourne City) (26), Western Sydney Wanderers (9), FK Mladá Boleslav (43)
Australia appearances: 0
Our say: We never thought that we’d be saying this, but Golgol Mebrahtu could be the man to lead Australia’s frontline at the World Cup. Since his move from Western Sydney Wanderers to Mladá Boleslav in the Czech first division in 2016, Mebrahtu has scored 19 goals and provided 2 assists in 43 appearances. In fact, this season has been his most prolific ever, scoring 9 goals and providing 1 assist in 17 appearances. Excelling in Europe’s 13th best football league, as well as in Europa League Qualifiers, Mebrahtu looks ready to earn his first Socceroos cap in the lead up to the World Cup. If he performs well in the friendlies, the striking role could be his in Russia. 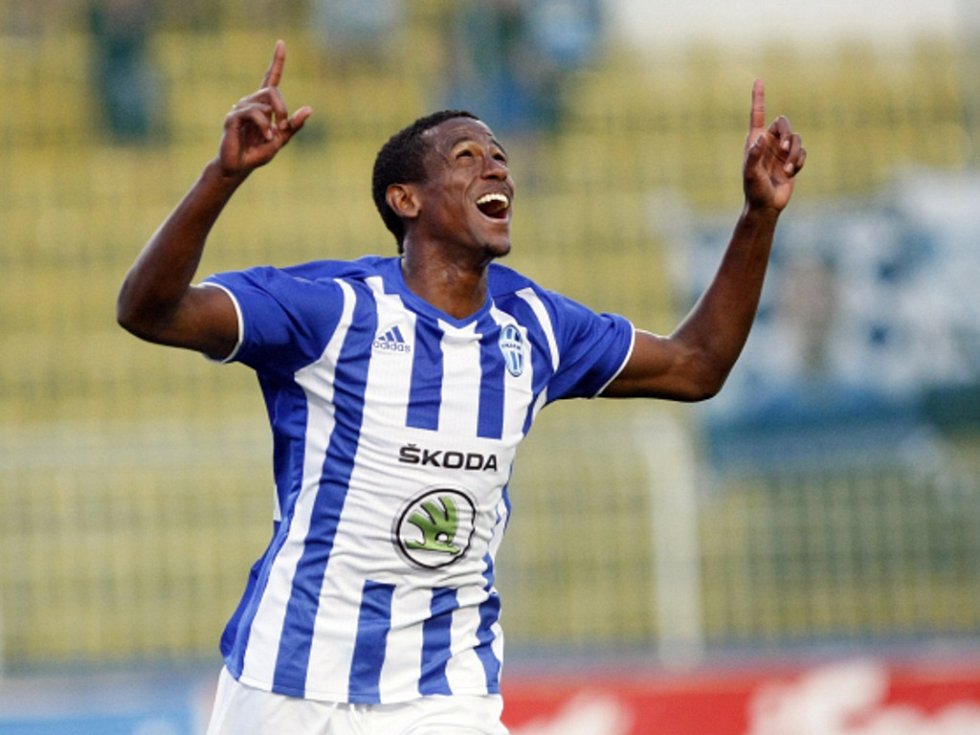 By @WFC_Seb @WFC_17
2018FIFAWorldCup
Worldwide Fantasy Club
WFC is an Australian based fantasy sports & tipping page, run by @WFC_Seb & @WFC_LS_Potzi (twitter). As long time fantasy managers in a range of competitions, we hope that sharing our knowledge & experience can help you through those tough dilemmas we all face.