Gaining automatic qualification as hosts, Russia will be eager to please their notoriously passionate fans. Coach and former Spartak defensive stalwart, Stanislav Cherchesov, has all but reinvented the wheel during his time in charge, with many  national team mainstays being replaced by their more youthful counterparts. Russia will most likely begin the tournament in a classic 4-2-3-1, but expect tactical fluidity. At times playing with three central defenders and two offensively-minded wing-backs, Cherchesov has strayed from what is usually a defensively rigid and direct style of play. Expect to still see a deep lying defence, albeit with swift counter-attacks spearheaded by the aforementioned wing-backs, whilst recent additions in midfield will help to link up with talisman Fyodor Smolov upfront.

Igor Akinfeev: as host nation, there will be a lot of pressure on Russia, and as captain and the squad’s most capped player, Akinfeev must use his big game experience to lead by example.

Fyodor Smolov: in a tight group, Russia will need their best goal-scorer to fire if they are to make it to the knock-out stages.

Aleksei Miranchuk: The 22 year-old wonder kid netted three goals for his nation last year, doing so against Belgium, South Korea and Spain. Having already been capped 16 times, Miranchuk has a bright future ahead of him.

·       Playing in front of thousands of your own fans as the host nation is likely to give Russia an edge
·        An inversion of the traditional order, Cherchesov’s tactical revolution may be a surprise that opponents may struggle to respond to

·        Despite organising a number of friendlies, the absence of a qualifying campaign may mean the side is rusty and poorly prepared to cope when it counts.
·     Cherchesov’s tactical gambles could just as easily backfire - combined with the lack of qualifiers, the squad may not have had time to adapt to the dramatic changes 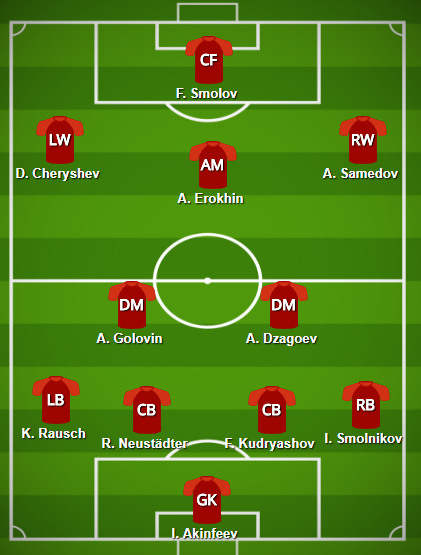 With a squad noticeably weaker than most others, Russia will most likely bow out of the World Cup in the group stage, leaving the host nation filled with disappointed fans.

The Green Falcons enter the World Cup fresh off the back of an impressive qualifying campaign. Guided through by current Australia boss Bert van Marwijk, the side was noted for its no nonsense, counter-attacking football, with van Marwijk’s charges happy to sit back, invite pressure and capitalise on mistakes. Now, with former Chile coach Juan Antonio Pizzi the latest to take the Saudi managerial hot seat, it is likely that we will see a slight deviation from the script, with early indications showing the Argentine is encouraging a more fluid, possession based style, in his favoured 4-2-3-1 formation, or even a 4-4-1-1 formation.

Osama Hawsawi: as captain and his side’s most experienced player, Hawsawi will be very important for the Saudis.

Mohammad Al-Sahlawi: Al-Sahlawi is a goal-scoring machine from his position at number 10, finishing equal leading goal-scorer overall during qualification with 16 in 10 games.

Fahad Al-Muwallad: on loan at Levante this season, the speedster will have learnt a lot and be ready to set the World Cup alight.

·        Can’t be written off - 16 of the 19 points picked up by the Saudis throughout qualification came after the first half finished with them either behind or level.

·        Star player and talisman Mohammad Al-Sahlawi is one of the only options up front. Critical to the success of the Green Falcons, if injured, Pizzi could be left without any serious threats in attack
·        The third manager to take the reigns in as many months, Pizzi may have trouble acclimatizing his players to a drastically different style of play. Time will tell if they can adapt in time. 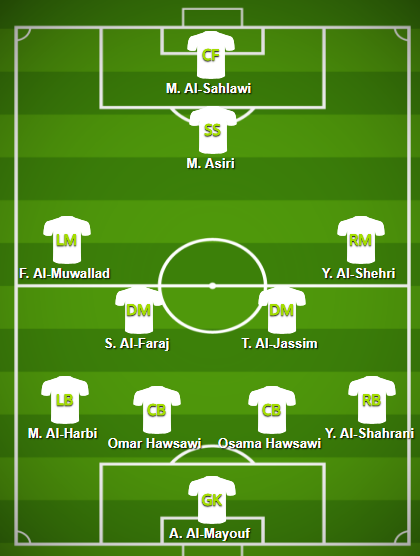 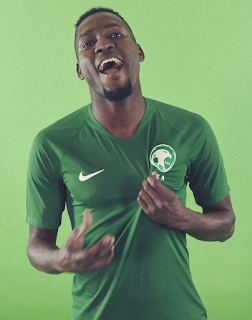 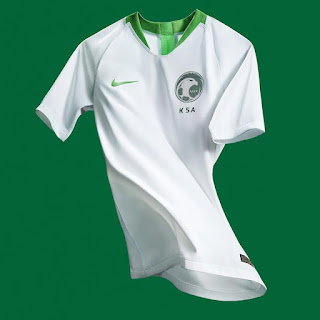 The lowest ranked nation at the World Cup, but were impressive in qualifying and are a dangerous outfit. Making it to the round of 16 will be a huge achievement, but seems a step too far.

Making their first World Cup appearance since 1990, Egypt will surely be fancying their chances of making it out of Group A. Under Argentine coach Hector Cúper, the Pharaohs have put in consecutive impressive displays throughout the qualifiers, although they have been criticised for playing overly-defensive, unattractive football reliant on the skill of star-player Mo Salah. Don’t expect Cúper to change what has so far proven to be a winning formula, however, the side will likely continue to make the most of what has proven to be an impenetrable defence - conceding more than one goal only once in 30 games under Cúper. Up-front, Egypt’s chances are inevitably built around Salah, hoping he can cap off the counter-attacking maneuvers from which most of Egypt’s goals are scored.

Mahmoud Hassan (aka Trézéguet): the winger had a terrific 2017/18 season, and will be looking to raise his profile to earn a move to England.

Ramadan Sobhi: touted as a future Ballon d’Or winner at the start of his career, Sobhi’s trickery and skills will be on show in Russia.

·    Mo Salah - the Egyptian King has been in fine form for Liverpool this season, and fans will be hoping this continues throughout their World Cup Campaign

·      Defence - Egypt are notoriously hard to break down. This combined with Salah’s lethality in front of goal means any side that finds themselves behind will have an almost insurmountable challenge ahead of this
·

·        As noted, much of Egypt’s chances are built around Salah. If he can be nullified, so too are Egypt’s hope of progressing 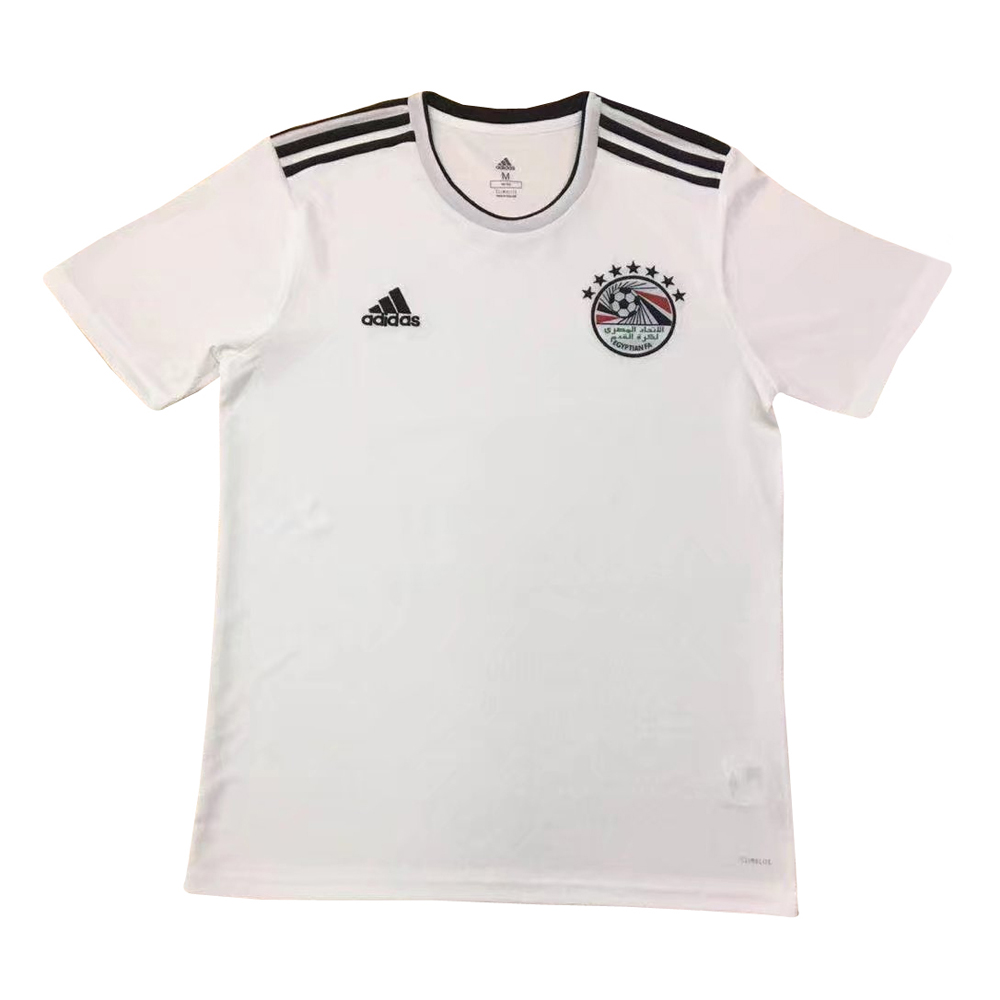 With one of the nation’s best squads ever, expect Egypt impress in the group stage before being knocked out in the round of 16, albeit with the future looking bright.

La Celeste will be heading into their third consecutive World Cup under veteran manager Óscar Tabárez, who will be hoping to add to an illustrious CV that already includes a Copa America triumph in 2011 and a dazzling run to the quarters in South Africa. Known to favour a 4-4-2 system, Tabarez and his Uruguay side are well regarded for their rigidity in midfield and a tough to break down deep-lying defence. Combined with structured, man-to-man marking that invites errors, Tabárez also tends to make use of the fullbacks to spearhead sudden, incisive counter attacks. However, perhaps their biggest asset lies not in tactics nor skill (which they have an abundance of), but rather, spirit - with the side earning plaudits, and often detractors, for their ruthless, never-give-up mentality.

Luis Suárez: will form a lethal attacking duo with Cavani and must make amends for his wrongdoings during the 2014 World Cup.

Gastón Ramírez: coming off the back of his best ever season with two goals and 10 assists, Ramírez will be tasked assisting Suárez and Cavani in attack.

Federico Valverde: awarded the Silver Ball at the U20 World Cup in 2017, the 19 year-old central midfielder has much to offer.

·        Despite what many considered an ageing squad in qualifiers, Tabarez has begun to introduce an array of young talents into the fold, and now has an enviable amount of depth. 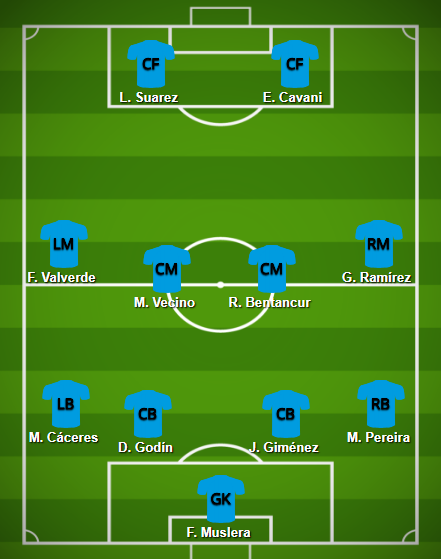 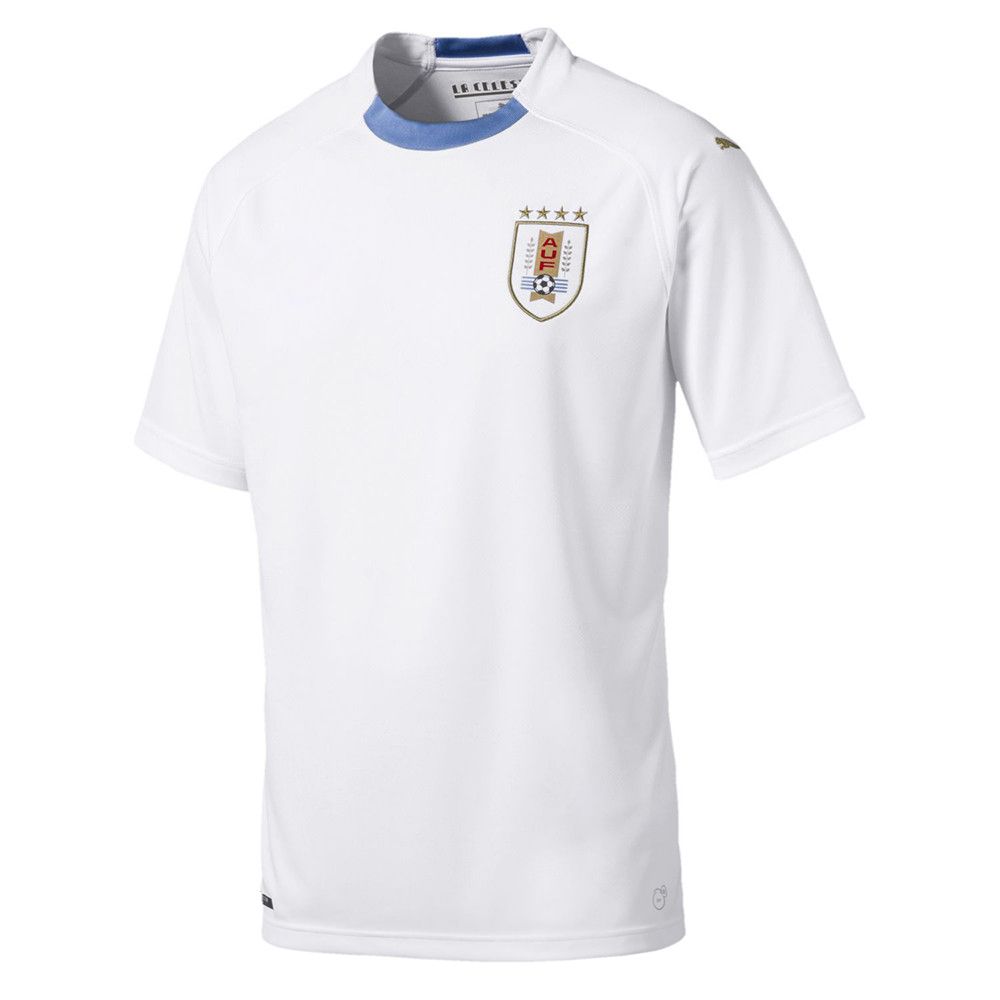 A repeat of the 2010 World Cup heroics appear to be slim, but Uruguay have a great squad and will be a major threat. A quarter-finals finish is most probable.


Make sure to follow us on twitter to read all of our 2018 FIFA World Cup articles, as well as participate in special prize giveaways!