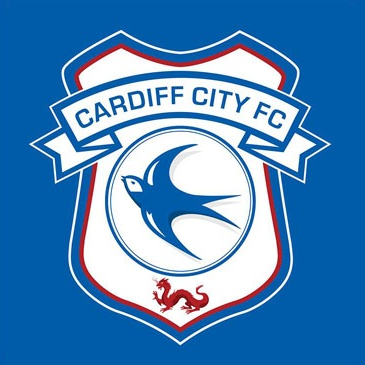 Scored 7 goals and provided 1 assist last season in a Cardiff backline that produced 19 clean sheets. He also averaged the fourth most aerial duals won in the Championship, which bodes well for attacking threat and the BPS.

Registered the equal third most assists in the Championship last season (11), and also scored 9 goals. A player with Premier League experience, Hoilett’s attacking exploits will be key if Cardiff is to survive relegation.

Started 22 games at RB/RWB last season. No other Cardiff player made more starts in these positions, with Ecuele Manga second in the appearance ladder (13 starts). At basement price, he appears to be Warnock’s first choice right back.

Reid scored 19 goals and provided 7 assists in the Championship last season, starting 41 games at centre forward. However, so far in pre-season he has played at attacking midfield, with Zohore or Madine starting up front. 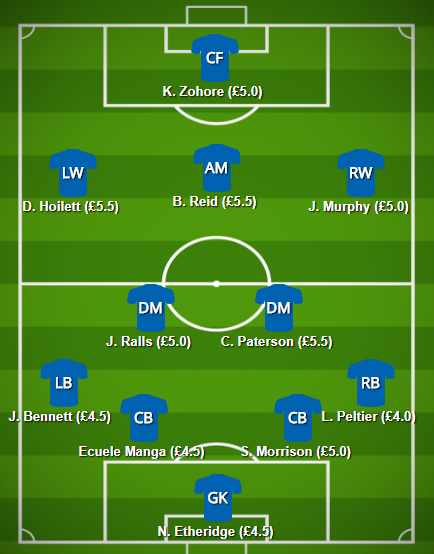 - Callum Paterson (£5.0) scored 10 goals and provided 4 assists last season, but was a utility player for Warnock, filling in at right back and defensive midfield on occasion, as well as playing at attacking midfield. 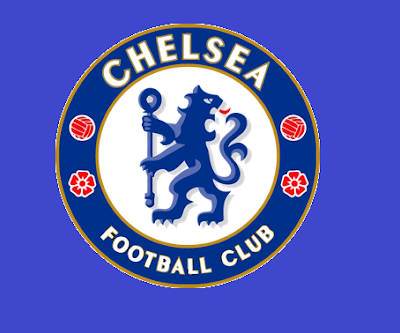 Discounting Chelsea’s disastrous 2015/16 campaign, Hazard’s has never scored below 173 in FPL, with three 200+ seasons in the past five years. Coming off the back of exceptional form at the World Cup, expect Hazard to achieve 200+ points again this season (if he doesn’t leave Chelsea of course).

Despite only registering 4 assists last season, Fàbregas created the 3rd most chances in the league (90). The two players who created more chances than him De Bruyne (106) and Eriksen (95) both provided 18 and 10 assists respectively. This suggests that Fàbregas was unlucky, and if he creates as many chances this season, assists should follow.

If Pedro can nab a starting spot, he will be one of the best cheap options this season.

At the start of every season, Kanté is always a very popular option. The question is, why? Yes, he is cheap. Yes, he plays for Chelsea. But, under the current scoring system, Kanté has next to no FPL appeal, and if you own him don’t expect regular returns. There are far better options for the same price or £0.5 more. 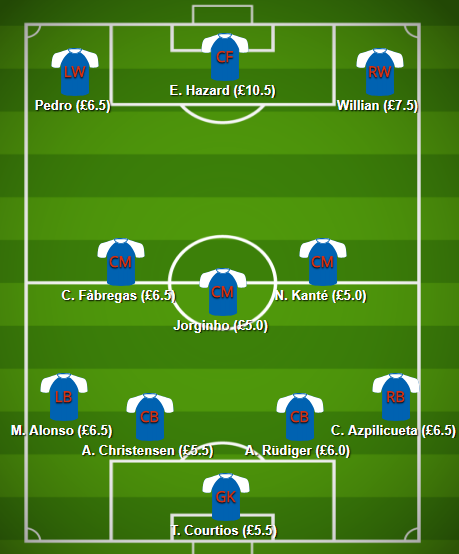 - New manager Maurizio Sarri almost exclusively played four at the back during his time at Napoli, eliminating Chelsea’s wing-back appeal.

- Sarri converted Dries Mertens from a winger into a centre forward at Napoli. Since his arrival, Sarri has seemed unimpressed by his striking options. If he cannot sign Gonzalo Higuaín or a big name striker to replace Álvaro Morata (£9.0) or Olivier Giroud (£8.0), Sarri may convert Eden Hazard (£10.5) to a centre forward like he did with Mertens.

- There are heavy rumours linking Hazard (£10.5) and Willian (£7.5) with moves away from Stamford Bridge. 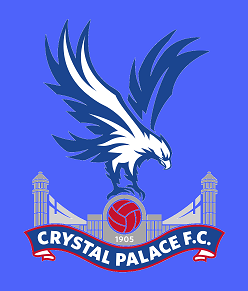 With 135+ points in each of the past two seasons, Zaha is a proven FPL asset and Palace’s main man in attack. His dribbling and trickery make him near impossible to tackle, and he knows how to find the back of the net as well as set up team mates.

A former FPL gun, Benteke was a failure last season. However, the big man has proven himself as a quality FPL option before, and if he can find some form, he will be worth much more than his cheap price tag.

With Palace lacking wide midfielders, Schlupp could find himself starting at left midfield for the Eagles this season. Given the fact that he is classified as a defender and is a former striker, Schlupp could become FPL gold if he gets this spot.

Milivojevic was the 14th highest scoring midfielder in FPL last season, which is remarkable considering he is a defensive midfielder. However, 7 of his 10 goals scored last season were penalties. It is highly unlikely that the Serbian will score so many penalties in one season again. 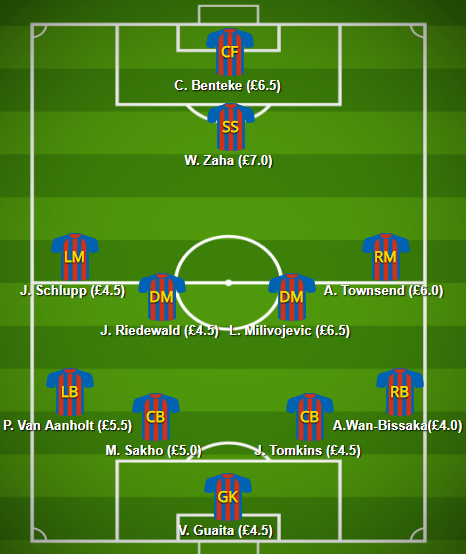 - Although classified as a forward, there is a chance Zaha (£7.0) could revert to a wide midfield position this season.

- Aaron Wan-Bissaka (£4.0) looks set to start at right back for the Eagles.

- Alexander Sørloth (£5.0) has played a major role in pre-season for the Eagles. If Sørloth wins the starting spot up front, he will be a fantastic option. 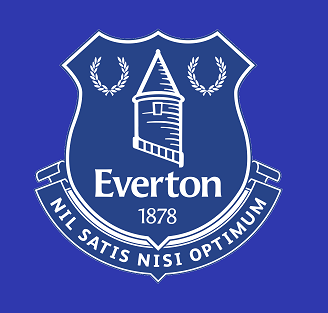 Despite a disrupted last season, Tosun still managed to register 22 goal involvements in 38 club appearances (Besiktas and Everton). With half a season in England now under his belt, expect the natural goal scorer Tosun to enjoy a productive 2018/19 season for the Toffees.

One of the great FPL defenders of all time, Baines comes in cheap this season compared to past years, has attacking potential due to his propensity to put crosses in and the fact that he is on set piece duty, and forms part of a solid Everton backline that should keep many clean sheets.

After reclaiming his spot in the Everton squad last season, Niasse was a shining light in a disappointing campaign for the Toffees. The Senegalese forward scored 8 goals and provided 3 assists, scoring 0.077 FPL points per minutes (PPM). To put that in perspective, Harry Kane’s PPM last season was 0.071, Roberto Firmino’s was 0.066 and Romelu Lukaku only scored 0.057 PPM. Now under Marco Silva, the man who gave Niasse a lifeline at Hull two seasons ago which rebooted his career, Niasse may be granted many more opportunities to shine this season.

Despite his emergence as a future star last season, DCL is still unlikely to nail down a regular first team spot, and will remain a rotation option for Marco Silva this season. 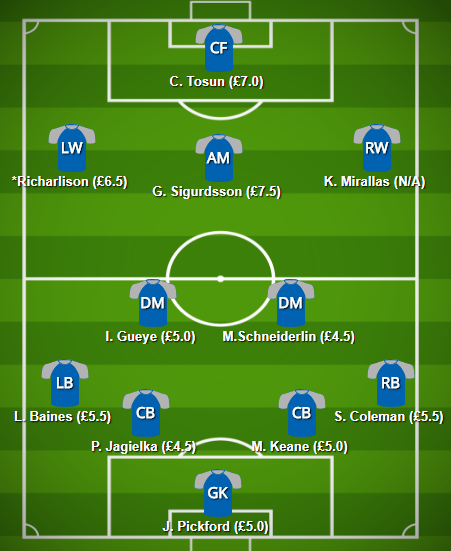 - Jordan Pickford (£5.0) and Phil Jagielka (£4.5) offer a cheaper route into the Everton defence.

- Nikola Vlasic (£5.0) and Kevin Mirallas (not on FPL yet) could emerge as serious FPL options if given a chance.

- *Richarlison's (£6.5) move to Everton is all but officially announced, and he will start on the left wing.