From now to the turn of the year, the Premier League sees an immense amount of fixtures crammed into a schedule that isn’t player friendly or FPL thoughtful as the quantity of playing minutes on players can force unforeseen rotations in squads and peculiar results that aren’t generally seen in other periods of the course of the season. Due to the mayhem that the EPL endures, there is a general shuffling of FPL rankings overall and in mini-leagues. To assist in negating the “I need to take a hit” mentality that many FPL managers get in their heads over the festive season, WFC has complied a brief list of players that are essential to FPL squads, along with players that could boast as hidden gems should the scheduling nightmare benefit their possible points returns, giving a generous leg-up to mangers.

So, we start with the must have players:

Starting every game in the league there is no reason to suggest that the Brazilian will be rotated out. With his exceptional passing ability and Manchester City’s defensive strength, there appears to be a pletharough of clean sheets points awaiting for those that have splurged the premium price on the Ederson. Already recording 8 shut-outs and grabbing an assist in FPL, Game weeks 18, 19 and 20 fixtures against Palace, Leicester and Southampton should see solid and safe returns. 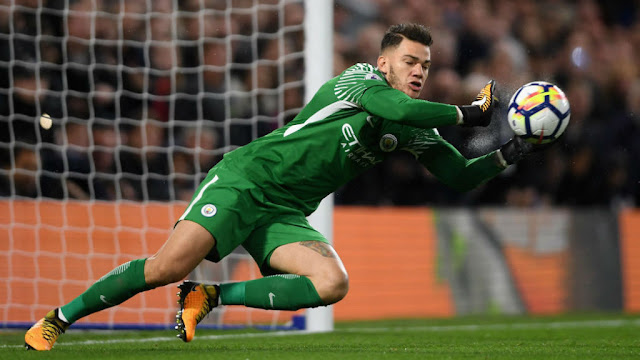 8 goals and 6 assists registered speaks for itself. One of Pep’s favourites provides assurance that getting rested won’t be an issue. Sterling’s ability to drive past players has seen him record 2.5 shots, 1.9 successful take-ons and provide 2.3 shot assists per game in the league this season. With others possibly being rotated in the City side, a lot of play will go through the young Englishman, meaning these number could increase over the festive fixtures. 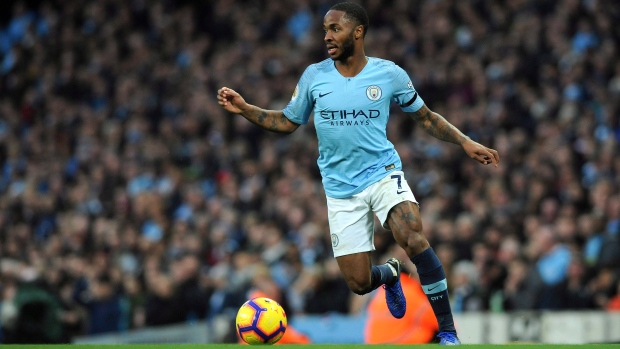 Boxing Day Fixtures onwards in where the Brazilian could explode. Despite being able to produce against any opposition, Everton’s GW 19-24 fixtures look juicy. Already tested as a central striker throughout the EPL campaign so far, Richalison could find himself there again. Having snapped up 7 goals already and having the same shots ratio per game as Raheem Sterling, the Evertonian is well on track for a 15+ goal season. From GW19 Everton have Burnley, Brighton, Leicester, Bournemouth, Southampton and Huddersfield and is easy to think that Richalison will feature in all fixtures and likely have a hand in 50% or more of Everton’s goals over that period with their style of play and his ability in and around the box. 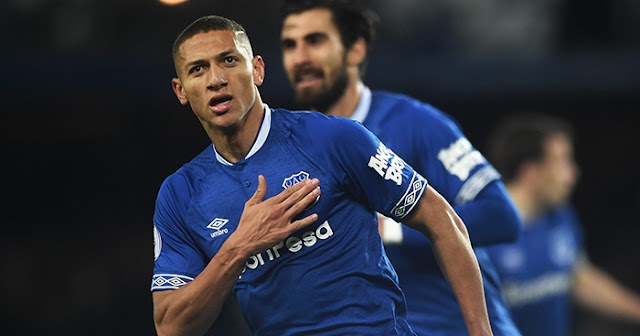 West Ham’s future is looking bright and it is on big part to the exploits of Felipe Anderson this season. Over the Christmas period, the Hammers have a very tasty looking run. Anderson’s scoring output of 6 goals and 2 assists has been majorly tallied when playing low ranked teams in the league, with goals against Crystal Palace, Newcastle, Huddersfield and brace against Burnley. Over the festive fixtures, West Ham face Fulham, Watford, Southampton, Burnley and Brighton and with the Brazilian having 1.4 shots, 1.8 key passes and 1.6 take-ons it is almost certain he will add to his goal scoring involvement. 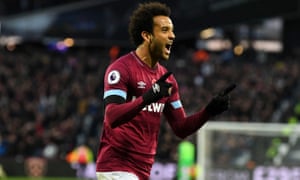 10 goals and 4 assists so far shows the prowess of Aubameyang in front of goal. With goals coming thick and fast, the man from Gabon has extreme explosive power in providing FPL returns. This was evidenced in GW8 and GW9 when Aubameyang started on the bench and then was later subbed on to grab a brace in both fixtures in less than 30 minutes on the pitch. Despite a trip to Liverpool in GW20, Arsenal have decent fixtures and have been looking solid in attack, even if their defence has been shaking. FPL comes down to individual performance and with 2.3 shots per game, Aubameyang could continue scoring and stake his claim for the golden boot. 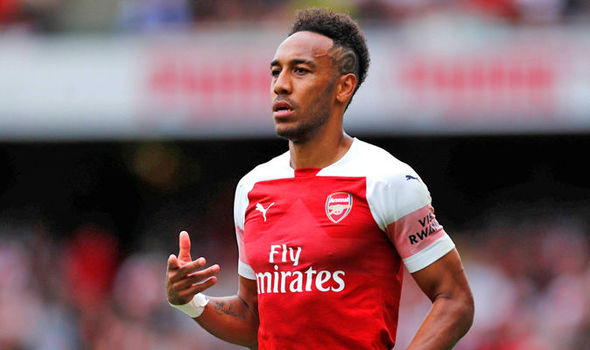 The HurriKane could be coming through over the festive period. If you don’t own him now, make sure you get him. The likes of Son, Alli and Eriksen have appeal for saving cash but Kane’s knack for getting a goal is un-paralleled. Looking to break 30 goals this season, Spur’s run of fixtures not just only the festive period but all the way to GW27 in February is looking Kane FPL scoring friendly. With the Englishman having nearly 3.5 shots per game, virtually starting every game and playing 90mins, being on penalties and a bonus machine, there’s not much more you can say other than we have seen it before with Kane being a nailed on captian. 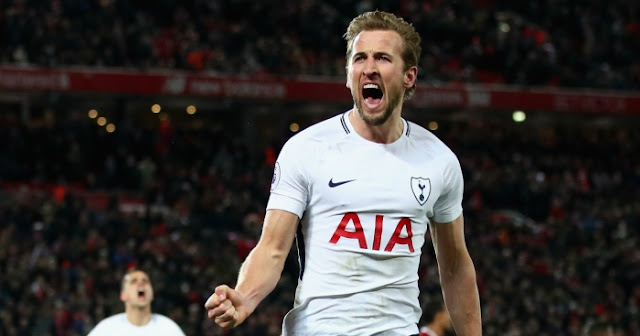 Simple fixtures for a very solid looking Chelsea side this season, Hazard, due to the underperforming forwards that Chelsea currently possess could see him rotated in and out of the striker and wings roles. Having already grabbed 7 goals, Hazrad has been amongst the assists as well with 8 recorded and snapping up 4 in the past 3 games on his way to a steady flow of 6, 5 and 9 points respectively. Bonus has been relatively scarce recently but looking back, when Hazard is awarded bonus it is almost certain he gets the max 3 points. Unlikely to be rested return will continue to be produced. 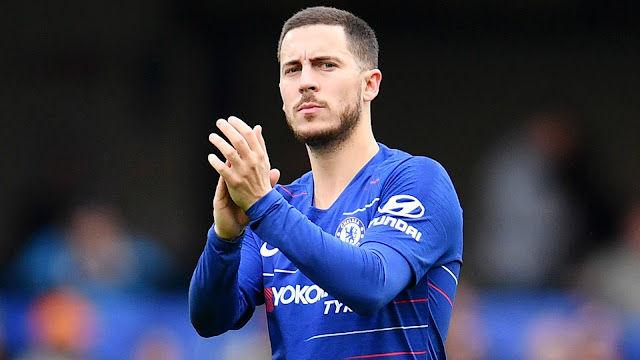 The West Ham Keeper has been instrumental as he always seems to be, wherever he is playing in the league. Having only kept 2 clean-sheets this season seems to dour his potential, however, an amazing save rate of touching 4 per game he sits second in total saves made (62). Additionally, has saved one penalty and has no real competition for his place in the side, so he is a nailed 90min player. With every fixture over the Christmas run being sides 12th on the table or below, returns look imminent and consistent. 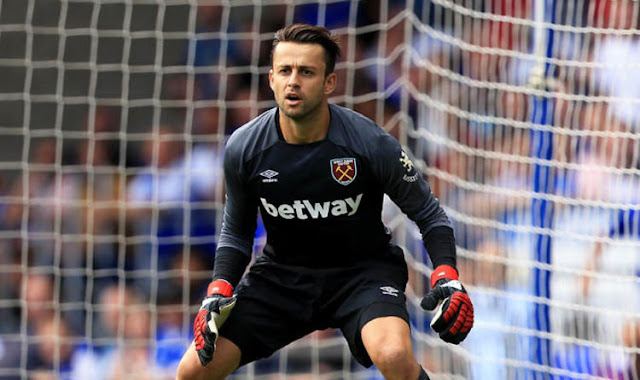 Despite fixtures not being as easy as other clubs, Salah is hitting form and ability similar to what was seen last year. Equal 1st in the golden boot race, fixture difficulty doesn’t seem to faze the Egyptian. 7 goals and 3 assists in his last 8 games, with only 1 blank in that run. Price-tag is the only issue if managers want Kane, Hazard or Aubameyang. 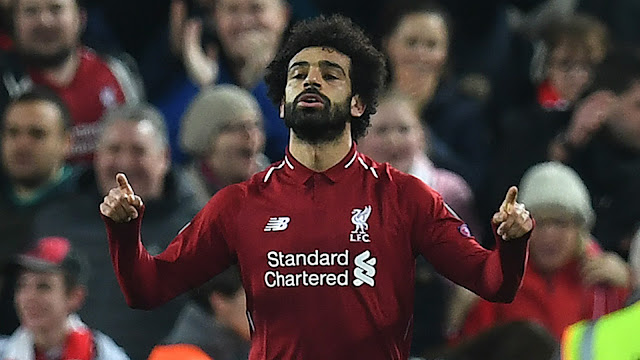 Kolasinac has finally gotten entrenched in the Arsenal starting side and has been a breath of fresh air for FPL managers looking for alternative options. Producing 2 returns in 6 starts isn’t extremely flashy, but his attacking involvement and willingness to get forward soon will spell more points. 2 key passes/shot assists per game should lead to more assists. 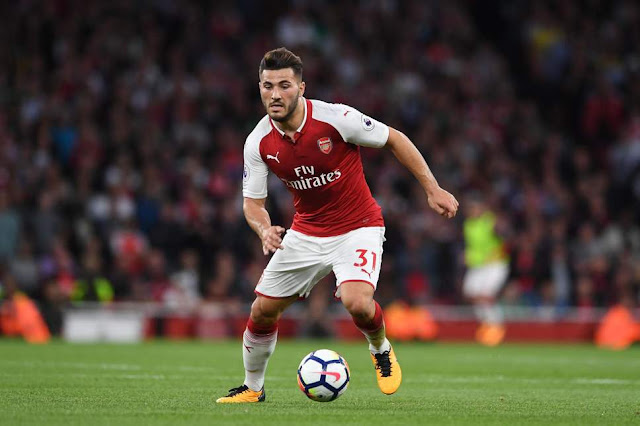 An alternative to the Aubameyang price-tag, or a pairing double-up for Arsenals attacking efficiency, the Frenchman has his own case for a golden boot run. 6 goals and 5 assists already this season, while playing second fiddle to Aubameyang, Lacazette has been a penalty area machine with nearly 2 of his total 2.8 shots per 90mins coming from with 18 yards of goal. Should through balls and delivery from wide areas continue, he could explode with returns. 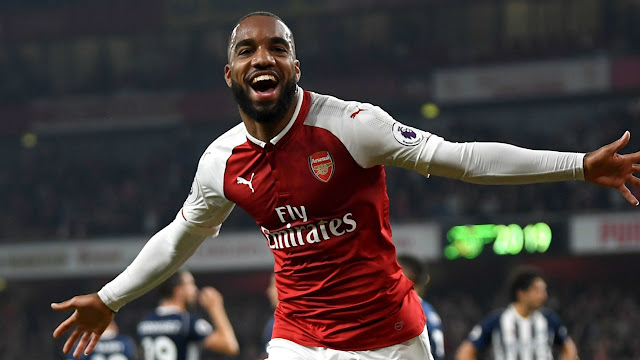 A punt pick in goal, Pickford has elevated his totals to be the number 4 ranked FPL goalkeeper. Only 4 clean-sheets so far, the Englishman has potential to increase that total from boxing day forwards with Leicester at home looking like the only fixture that could pose non-cleansheet risk. 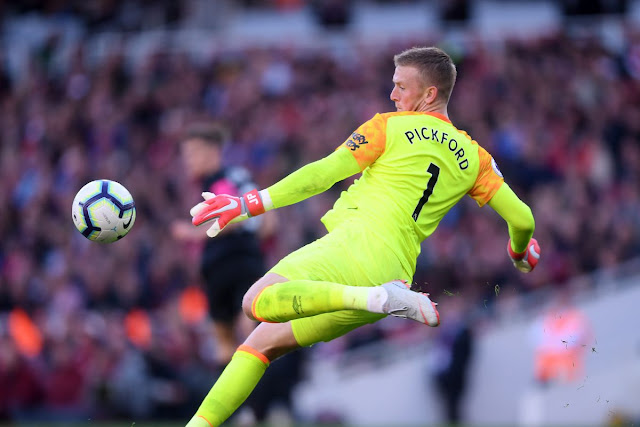 Another Everton player, Sigurdsson could play a key role in a differential pick to the obvious Richalison. Flying under the radar, Sigurdsson sits 9th in midfielder point’s tallies (76), only a mere 5 points below his Brazilian team-mate (81) and has registered 6 goals and 2 assists. On set-piece duty and the ever appealing penalties, the Icelandic man could be Everton’s best player over Christmas. 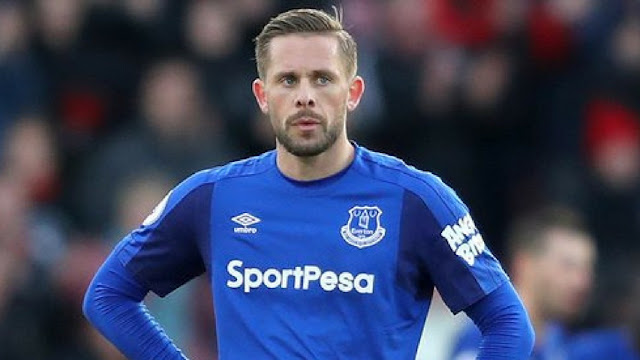 A bit of a mixed bag, but some favourable fixtures and a price-tag that allows room for others, Pereyra should be highly considered over the festive period. Having picked up 5 goals and 2 assists this season, these returns have been against weaker teams, with the exception of Everton. However, with Cardiff, Newcastle, Bournemouth and Crystal Palace in the immediate future returns look likely to come again. 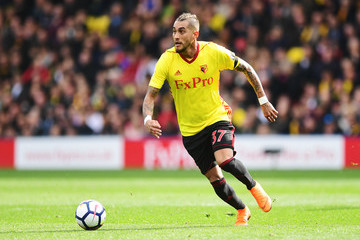 Outside of Eden Hazard some rotation is expected at Chelsea over Christmas. Ross Barkley could be handy pick-up for FPL managers. Having been limited so far this season, the Englishman has still managed to return 3 goals and 3 assists at an astonishing rate of 3.1 shots and 1.5 shot assists per 90 minutes of play. Additionally, he is busy in attack with 1.6 successful take-ons over the same time-frame. Only a £5.6 price tag and a 3.6%TSB, he could be what managers are looking for. 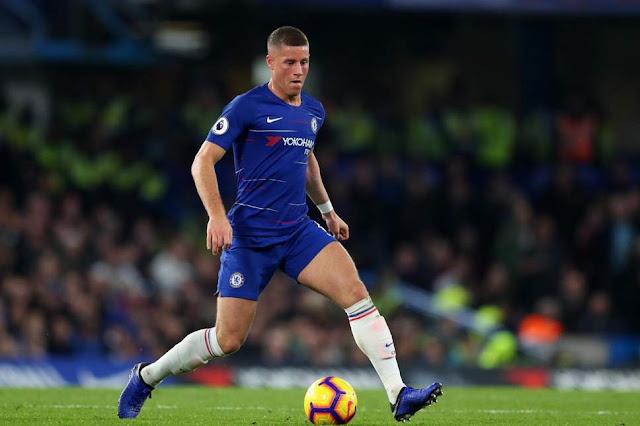 Fixtures don’t look the best for Wolves over Christmas but Jimenez has shown to be somewhat fixture proof in terms of who he has provided returns against. 4 goals and 6 assists in Wolverhampton’s first season back in the top flight, the Mexican provided 3.1 shots per game and is beast in the air, winning 2.5 aerial duels a match. His major scoring involvements have come against Everton (goal), Tottenham (goal + assist), Arsenal (assist) and Chelsea (goal). 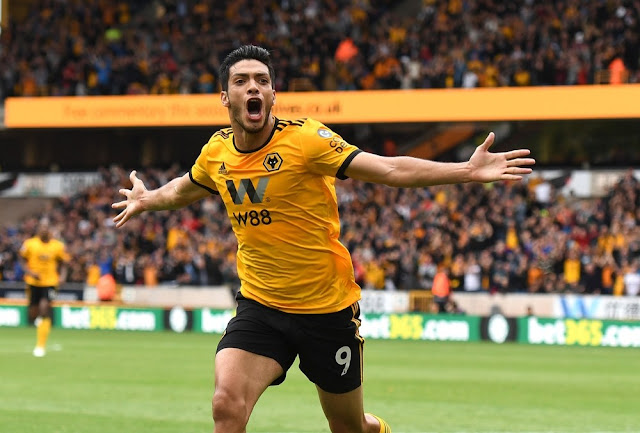 The Marko Arnautovic injury has majorly spurned this on. With West Hams fixtures being highly desirable and Arnautovic out until mid-January, the former Manchester United front man has been given the task of leading the line. Since starting he has provided 3 goals and an assist, scoring return of 13 and 9 with 1 blank. £6.4 as his current price could save a ton of money to be spent elsewhere. 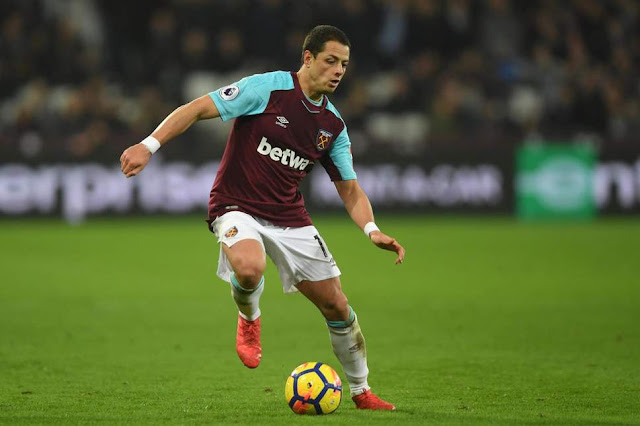 3 goals and 3 assists so far in a limited stop start season isn’t the exploits he provided last year, but, with consistency comes returns with the South Korean. Having been thrust into the starting XI over the last month Son is yet to blank, with returns of 8, 5, 8 and 14 with goals and assists starting to flow in regularly. He is the best Spurs alternative to Harry Kane as his pace and dribbling ability causes all kinds of troubles for opposing defences – 2.6 successful take-ons per 90mins. Furthermore, at 3.3 shots 90mins he is level with the scoring likes of Kane himself and at a higher ratio than leading scorer Aubameyang. 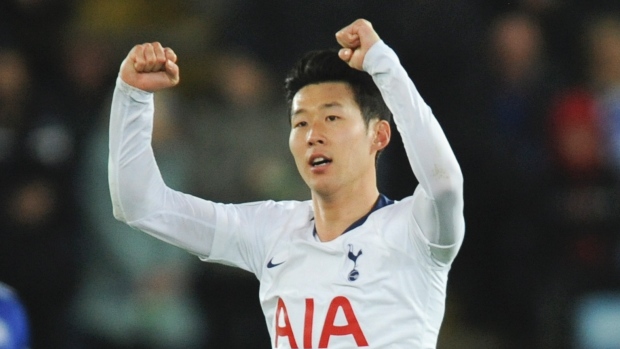