David Silva: If Spain is to win the World Cup, they will need their little magician to be at his best.

David De Gea: despite being a goalkeeper, De Gea is as exciting to watch as any top level attacker.

Marcos Asensio: with his silky skills and ability to score in big games, Asensio is a future superstar.

La Roja will undoubtedly be keen to get back to their winning ways after a dismal outing in Brazil and a disappointing Euro in 2016. Coach Julen Lopetegui will not be looking to experiment with what is still an exceptionally talented squad. Expect to see more sumptuous passing and fluid attacking football from this resurgent Spanish side, with Spain averaging an impressive 3.26 goals a game in Lopetegui’s first 15 matches at the helm. To top it off, opponents will struggle to get past a solid defensive wall that was largely impenetrable throughout qualifiers.

•   Confidence is key, and the Spaniards will have plenty of it after a thoroughly impressive qualifying campaign

•   This Spanish side have the rare gift of a prolific attack paired with an almost faultless defensive four, conceding only 7 goals in Lopetegui’s first 15 matches

•   Tenacity is a valuable asset, especially in a high-stakes tournament such as this. With relentless pressing, the rejuvenated team has scored a large number of goals in the second half. This tireless, never-say-die attitude will surely be invaluable in Russia

•   It could be said that Spain are increasingly reliant on an old-guard of ageing stars, particularly in midfield and defence, although experience is often crucial in tournaments such as these

•   Predictability - although recent results suggest otherwise, Spain’s tried and tested passing system - as pleasing to the eye as it is - could be nullified by a tactically savvy opponent, and we could see a return to a side that struggles to convert chances into goals 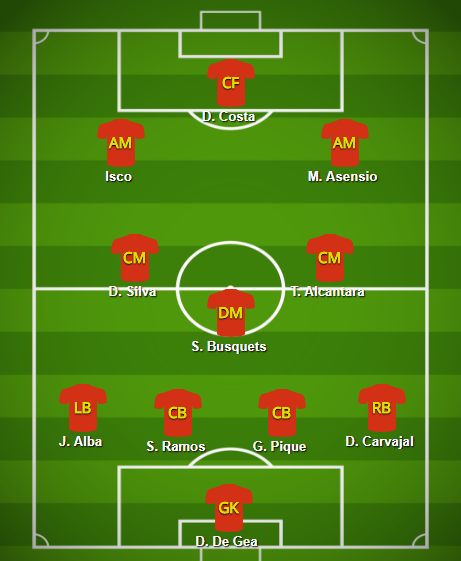 A major contender to win the whole thing. They’ll have to get past the likes of Argentina and Germany first though. A lack of pace may be their downfall. 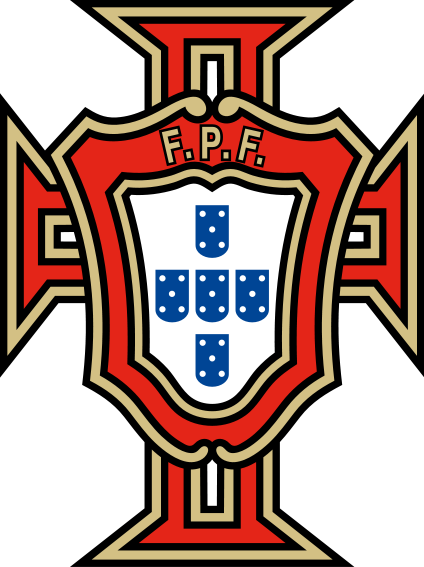 Cristiano Ronaldo: Ronaldo seems to be getting better with age, and this will surely be his last chance to win a World Cup.

Bernardo Silva: Portugal cannot just rely on Ronaldo, and Silva’s creativity and goal-scoring prowess will be important to his side.

Gelson Martins: one of the fastest players in the world, the right winger is a skilful dribbler and has the potential to burn opposition defences, especially late in games if he comes off the bench.

The Portuguese will be emboldened after their largely unexpected Euro 2016 triumph in France, and will undoubtedly be eager to build upon this success despite coach Fernando Santos dropping much of the squad that featured in the continental tournament.  Noted for playing pragmatic, defensive-minded football, it is unlikely that the former Greece boss will tinker with tactics that have brought the side so much success. Expect to see a continuation of the conventional 4-4-2 system and a continued dependence on a solid back four and a crowded midfield. Despite this perceived rigidity, Santos has not shied away from introducing new talent into the squad, handing opportunities to a number of young talents, whilst AC Milan striker Andre Silva has been a revelation in his pairing with Ronaldo upfront, solving many of Portugal’s attacking woes.

•   Cristiano Ronaldo. Need we say more? Although the Real star is deadly on his own, his pairing with Milan newcomer Andre Silva has been impressive to say the least, with the duo forming the crux of the Seleção’s attack.

•   For a team and a manager that places a great deal of focus on their defensive players, an ageing central defensive duo of Pepe and Jose Fonte may struggle to meet the demands of the World Cup 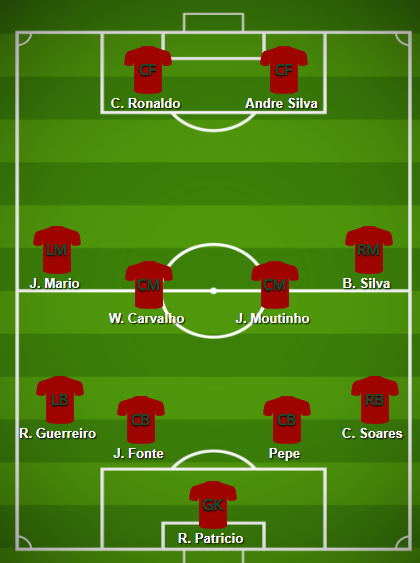 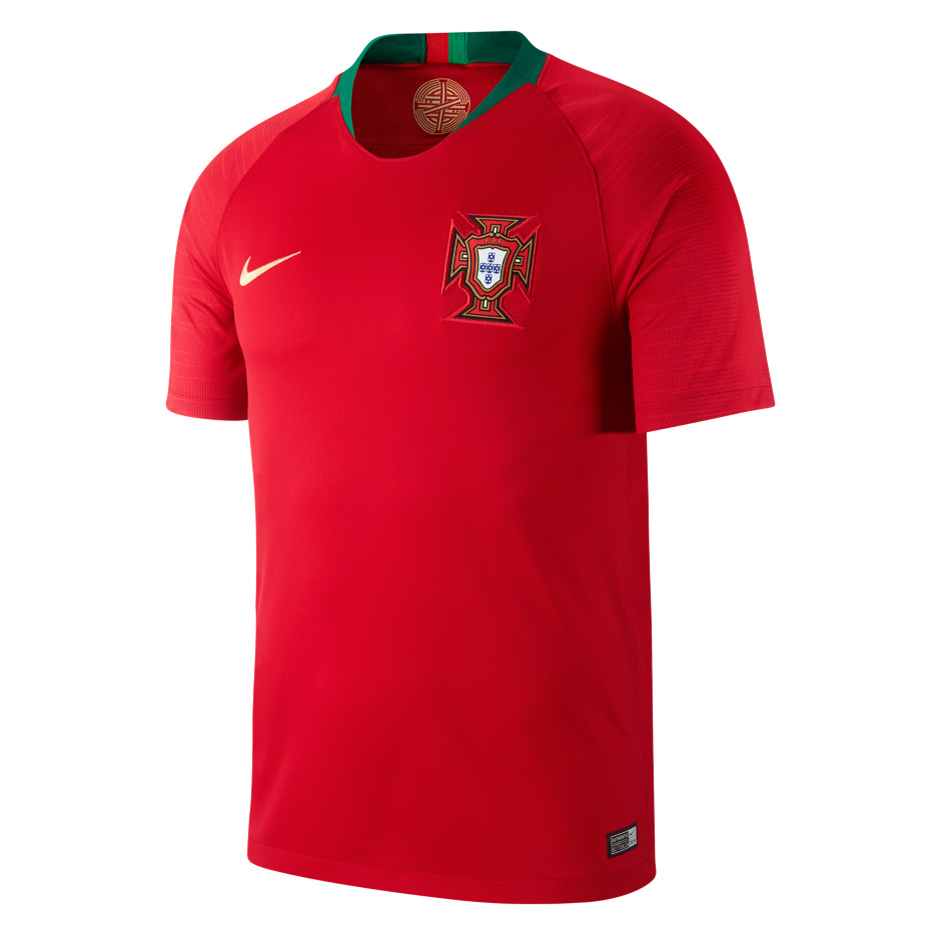 Should make it out of the group, but a chance of being knocked out in the round of 16. No-one gave them a chance at Euro 2016 though… 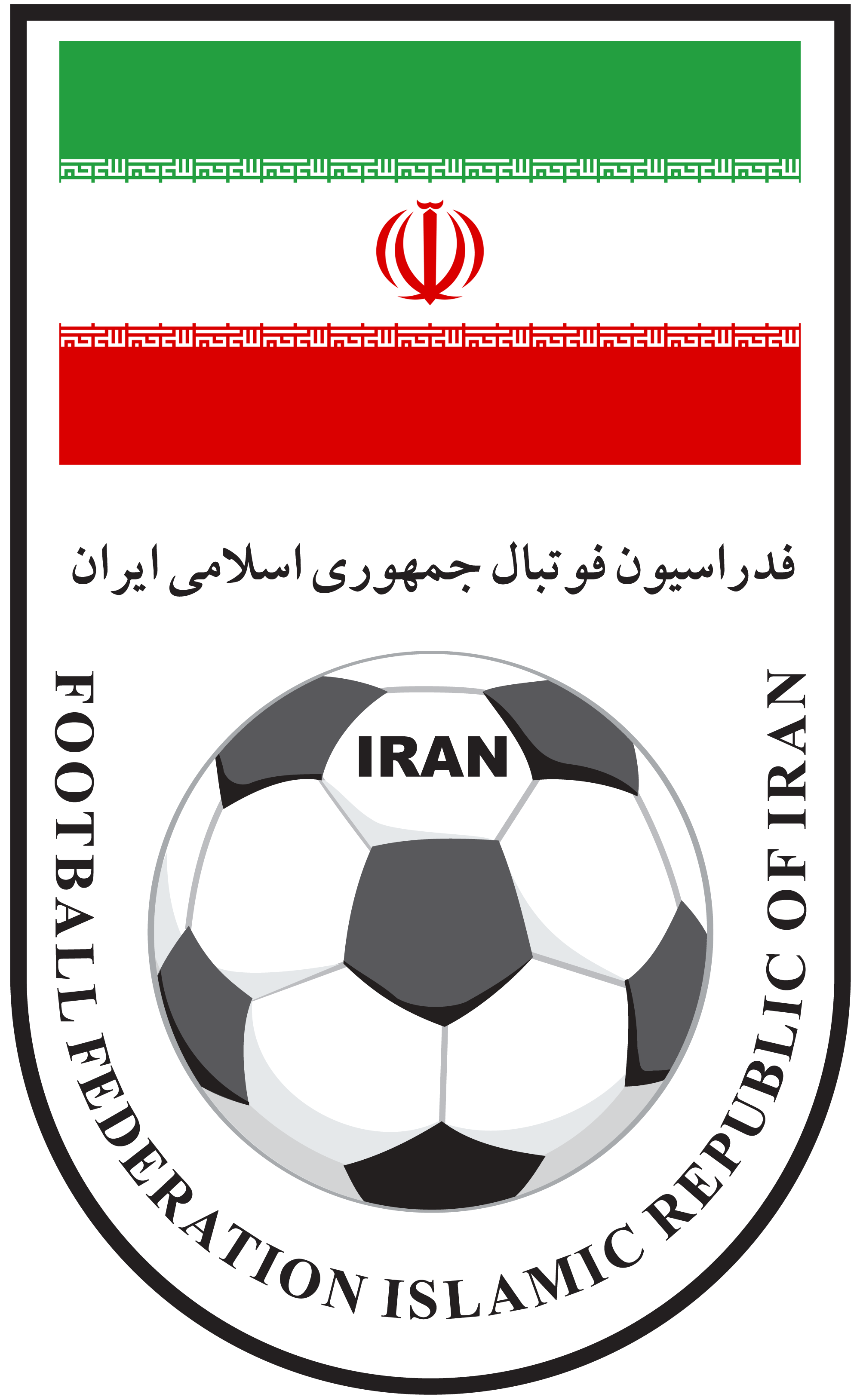 Sardar Azmoun: at just 23, Azmoun is already his country’s most important player, with 23 goals in 31 national team caps, including 11 during qualification (=3rd overall).

Saeid Ezatolahi: the 21 year-old is an Atlético Madrid academy graduate.

Asia’s best ranked team have been transformed into a World Cup mainstay under former United assistant Carlos Queiroz. As is common with less technically gifted sides, Team Melli favour a defensive approach to the beautiful game, happy to sit back and frustrate opponents before launching blistering counter attacks. Younger additions to the squad, such as Rostov striker Sardar Azmoun, will add some much needed flair and pace, and will surely complement such a strategy.

•   Defensive prowess - Iran have the potential to be giant killers, needing to score only one goal before they shut the impenetrable gate that is their defence

•   Despite recent additions to the squad, Iran still lack a creative spark and are often forced to play on the back foot 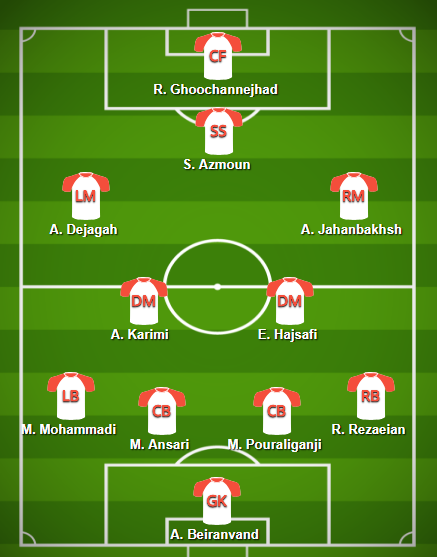 Some good young players and will have some bright moments, but a success would be not finishing last in their group.

Medhi Benatia: Benatia has big game experience and is a commanding player at the back for the Atlas Lions.

Hakim Ziyech: his sublime skills and technique will bring much excitement to each Morocco game.

Achraf Hakimi: having come through the ranks in Real Madrid’s youth sides to now feature in their first team, at only 19 years-old Hakimi already looks like a future star.

The first African team to make it past the group stage have arguably drawn the short straw, finding themselves in a group consisting of Iberian powerhouses Spain and Portugal. Nonetheless, the Atlas Lions will not shy away from taking the game right to their opponents. Coached by former Lille manager Hervé Renard, Morocco boast a line up chock-full of both seasoned European regulars and promising talents alike. Possessing a rigid defensive line, and a well-drilled midfield, the Moroccans are both suited to playing defensively and counter attacking, as well as maintaining possession and working the ball into the box from defence. This adaptability will surely serve them well in the Group Stages.

There are quality attackers in this side, but a lack of true goal scorer is an issue. 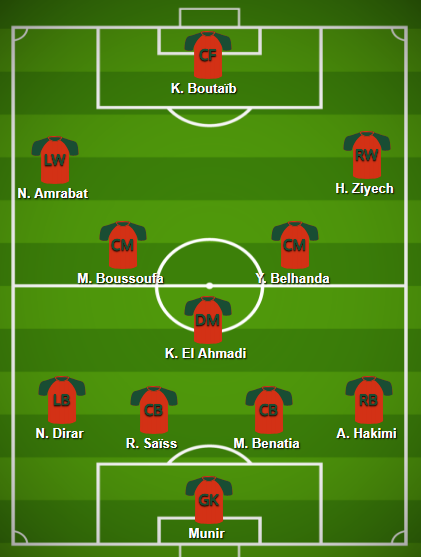 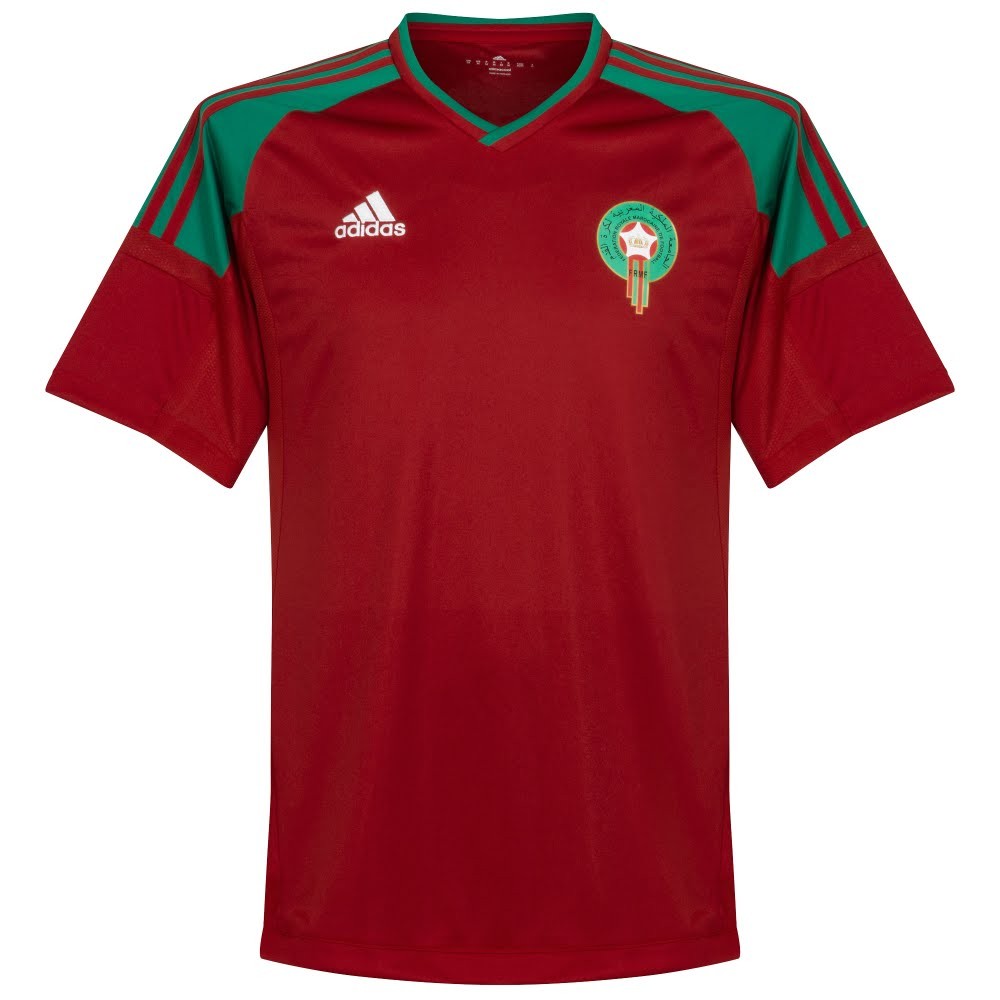 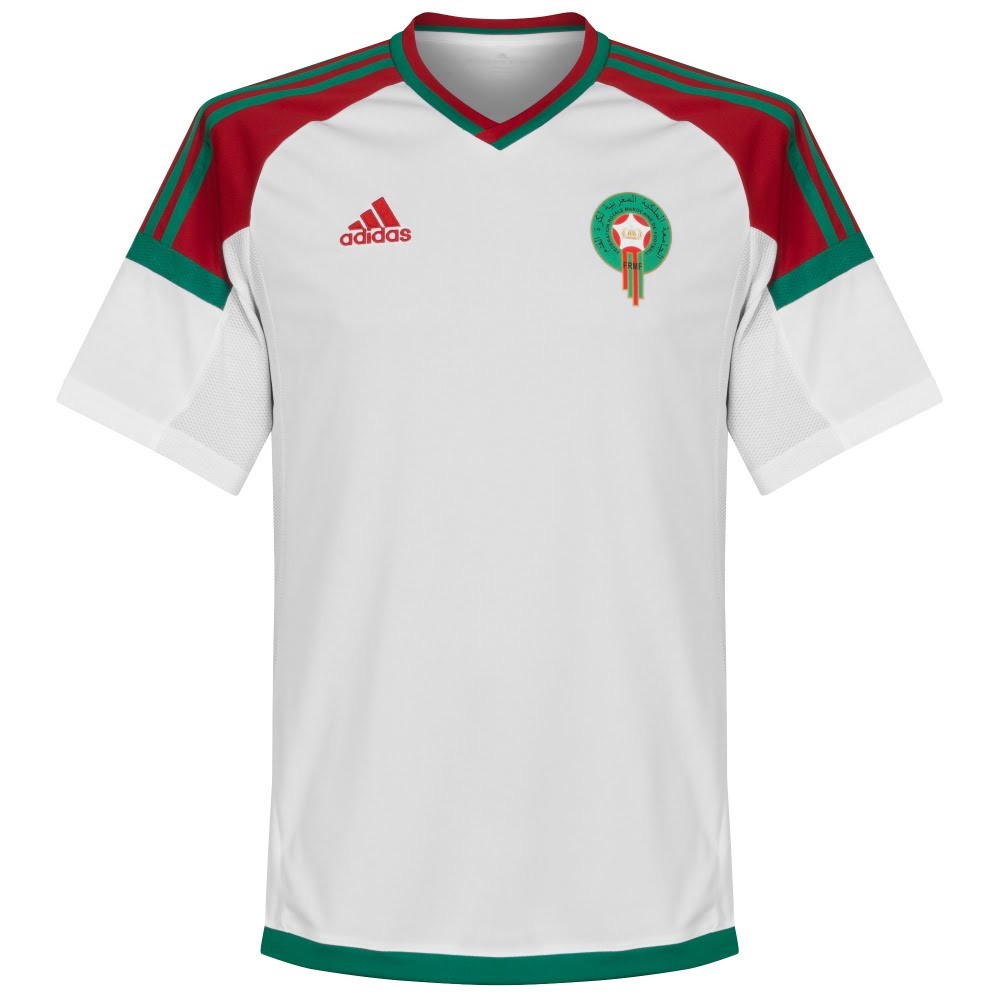 An exciting prospect. Could cause a shock by sneaking out of the group.