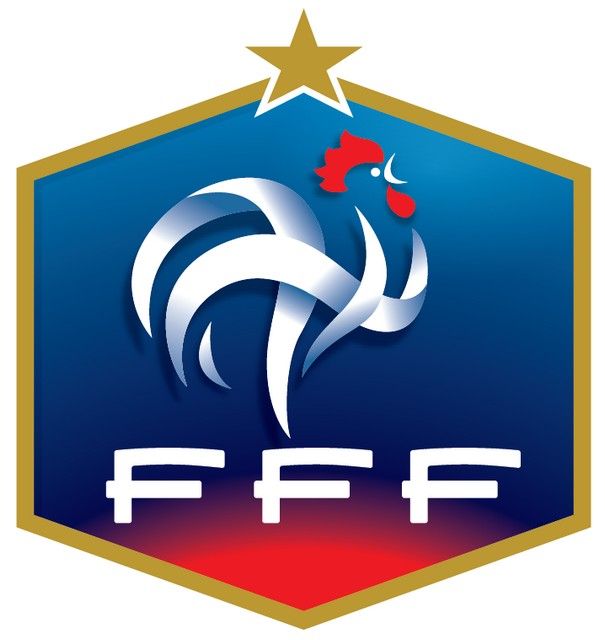 Antonie Griezmann: the leading goal-scorer of Euro 2016, Griezmann now aged 27 is in his prime and with his all-round attacking class will be key to France’s hopes of lifting the World Cup trophy.

Djibril Sidibé: the powerful defender is a unit both in attack and defence.

Kylian Mbappe: Considering the high level Mbappe has been playing at over the past two seasons, it’s hard to believe this kid is only 19.

•   France seem to be in serious contention to add to their solitary world cup victory this year, with an embarrassment of riches in almost every position. Arguably the best team on paper, Deschamps will likely be seeking to make use of his versatile, spritely midfield and staggeringly quick wingers to catch opponents on the break. Utilising a dynamic 4-2-3-1, or possibly even a 4-3-3 system, it is hard not to feel sorry for anyone tasked with containing this explosive, talented team.

•   With pinpoint passers in midfield and incredibly fast wingers, France will be deadly on the counter-attack

•   France are left lacking in defence - despite boasting a promising back four, the defensive quartet have failed to gel in recent appearances, and may be destabilised further by the prolonged absence of left-back Benjamin Mendy from the line-up 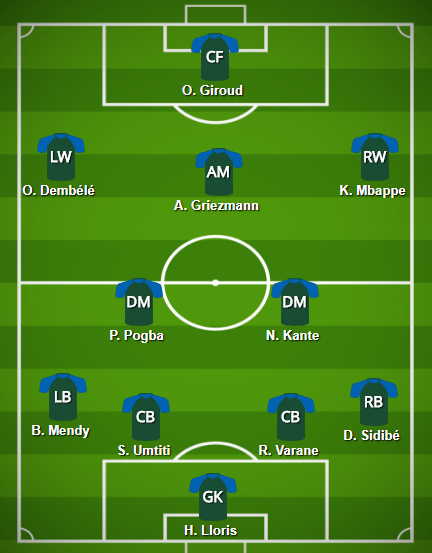 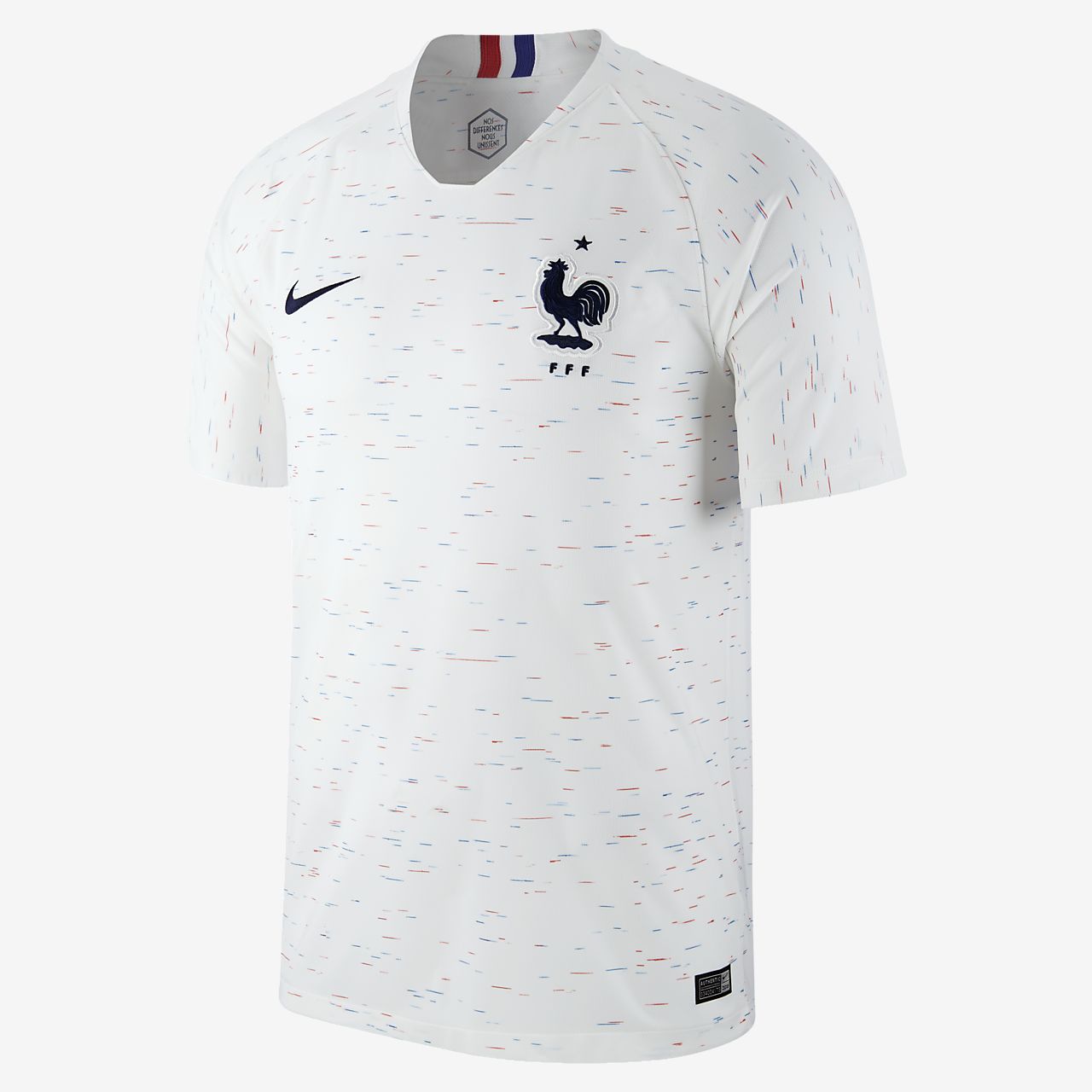 If everything goes to plan, Les Blues will storm out of the group stage and into the semis where they will face Brazil in a blockbuster.

Jefferson Farfán: no matter what side or league Farfán plays in, he is always a prolific scorer and assister. With star attacker and captain Paolo Guerrero lacking match fitness after only recently returning from his drug ban, a lot of weight will fall onto the shoulders of Farfán.

André Carrillo: looked good during his stint at Watford this season, and has the pace needed to threaten any defence.

Renato Tapia: having played all of his senior career in the Eredivisie, Tapia is technically sound and a very useful player.

After an extended hiatus of 36 years, Peru are back at it on the world stage. Known in recent years for being forced to resort to unglamorous football against their more technically gifted South American neighbours, coach Ricardo Gareca has instead introduced a new brand of football that plays on their strength in midfield to pile on pressure whilst off the ball, seizing on mistakes made in the final third before dispatching with clinical precision. With a compact defensive line, there may be some weakness on the flanks, but also an ability to pick up loose balls and pass the ball into the box. As seen with other teams, this adaptability is well suited to a tournament featuring so many variations in tactical approaches.

•   Team cohesion - what Peru lack in individual, stand-out talent, they more than make up for in their ability to play as a team.

•   Stamina - used to playing in high-altitude environments, Peru has an ability to conserve their energy and simply outlast their opponents

•   Peru will be forced to play without talisman Paolo Guerrero, who faces an extended doping ban. As the captain and the main goal scoring threat, it remains to be seen if Peru can survive without him 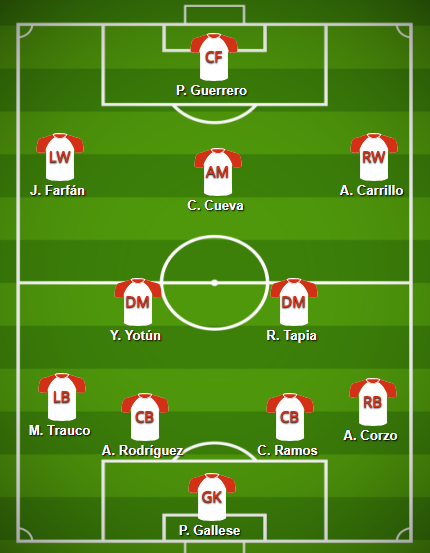 On paper, it’s not the best team, but they seem to come away with positive results frequently. Could falter on the big stage, but may also cause some shocks.

Christian Eriksen: the great Dane is easily his country’s most important player and an immense attacking force.

Kasper Schmeichel: has experience and his reflexes make him an exciting player to watch.

Yussuf Poulsen: uses his pace to great affect getting in-and-behind defences and by whipping in excellent crosses. Is also known for his defensive contributions.

The Danes were once the joy of football hipsters the world over, earning plaudits throughout the 80s for their ambitious possession based football before Morten Olsen continued the tradition up until 2015. Now, eight years since their last appearance on the world stage, attractiveness has made way for pragmatism, with coach Åge Hareide favouring a more direct approach that is adaptable to the situation at hand. As he attests to himself, Hareide does not stick to one particular formation, preferring a more fluid approach that capitalises on opponent’s mistakes before launching a rapid counterattack. Call it hoof-ball if you like, but Hareide is intent on getting the ball into the box, no matter how it looks. Giving Tottenham star Christian Eriksen the room to move, the Danes still have that touch of creativity, whilst 6’4 target-man Andreas Cornelius will also give them an imposing edge in the final third.

• Christian Eriksen - somewhat under-utilised under former coach Olsen, the Tottenham star has really come into his own under Hareide, scoring 11 goals in 12 qualification matches

•   Although a talented squad, in the absence of Eriksen, Denmark lack that star power that often makes the difference in World Cups, and may find themselves depending on the midfielder for success 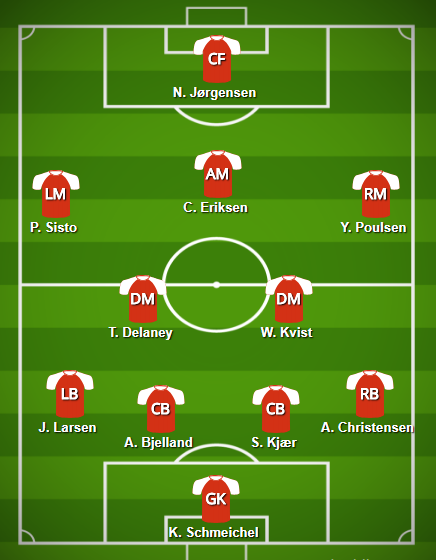 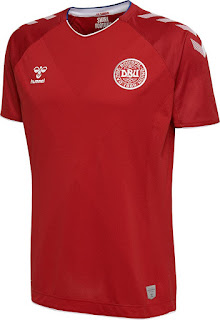 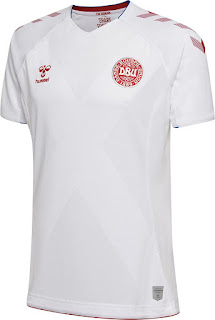 Will be very tough to beat and are favoured by many to progress to the knockout stages. An over-reliance on Eriksen may be the downfall though.

Mat Ryan: Given Australia’s recent defensive instability, the Socceroos will need the Brighton stopper to be commanding and ready to stop anything that comes his way.

Tom Rogic: the ‘wizard of Oz’ continues to shine in Scotland for Celtic, and is as classy an attacker as there comes.

Daniel Arzani: the teenager has speed, trickery, creativity and composure. A star in the making.

The Socceroos certainly took the scenic route to Moscow, having only just achieved qualification in November of last year with a playoff victory against Honduras. Former coach Ange Postecoglou’s unconventional possession based tactics represented a stark shift from a traditionally physical, no nonsense Australia side. The Soceroos however, may be left on shaky ground following his sudden departure immediately after qualifying, whilst his stopgap replacement, former Saudi Arabia coach Bert Van Marwijk, may instead signify a reversion to the direct approach of the Socceroos of old, utilising his favoured 4-2-3-1 formation. With only a few months to become acquainted with his new troops, van Marwijk looks set to rely on Australian talisman Tim Cahill as the target-man up front.

•   Australia is known for their physicality and the imposing presence of their players, so a reversion back to a familiar system that builds upon this may serve them well

•   Lack of a goal scoring threat – this will be talisman Tim Cahill’s fourth and likely final World Cup appearance. Although it has been shown that Timmy lives for these occasions, it may not bode well for Australia that again their hopes upfront continue to depend on a 38 year old who failed to make an impact at Millwall

• Van Marwijk took the reigns only a matter of months before the World Cup - considering his radically different approach compared to his predecessor, it may not be enough time for the squad to gel 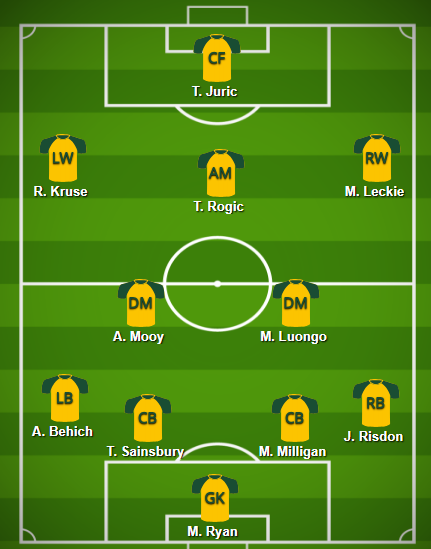 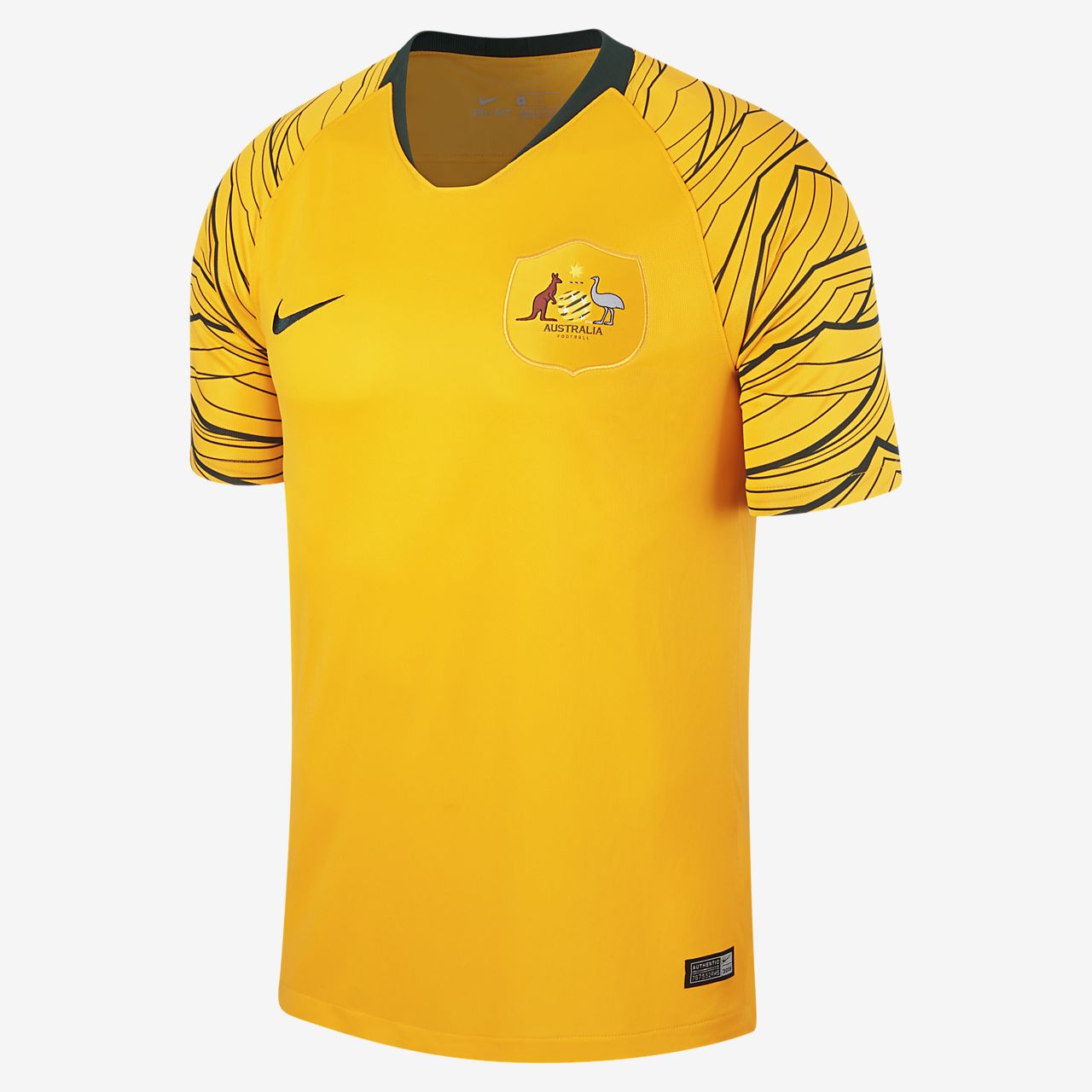 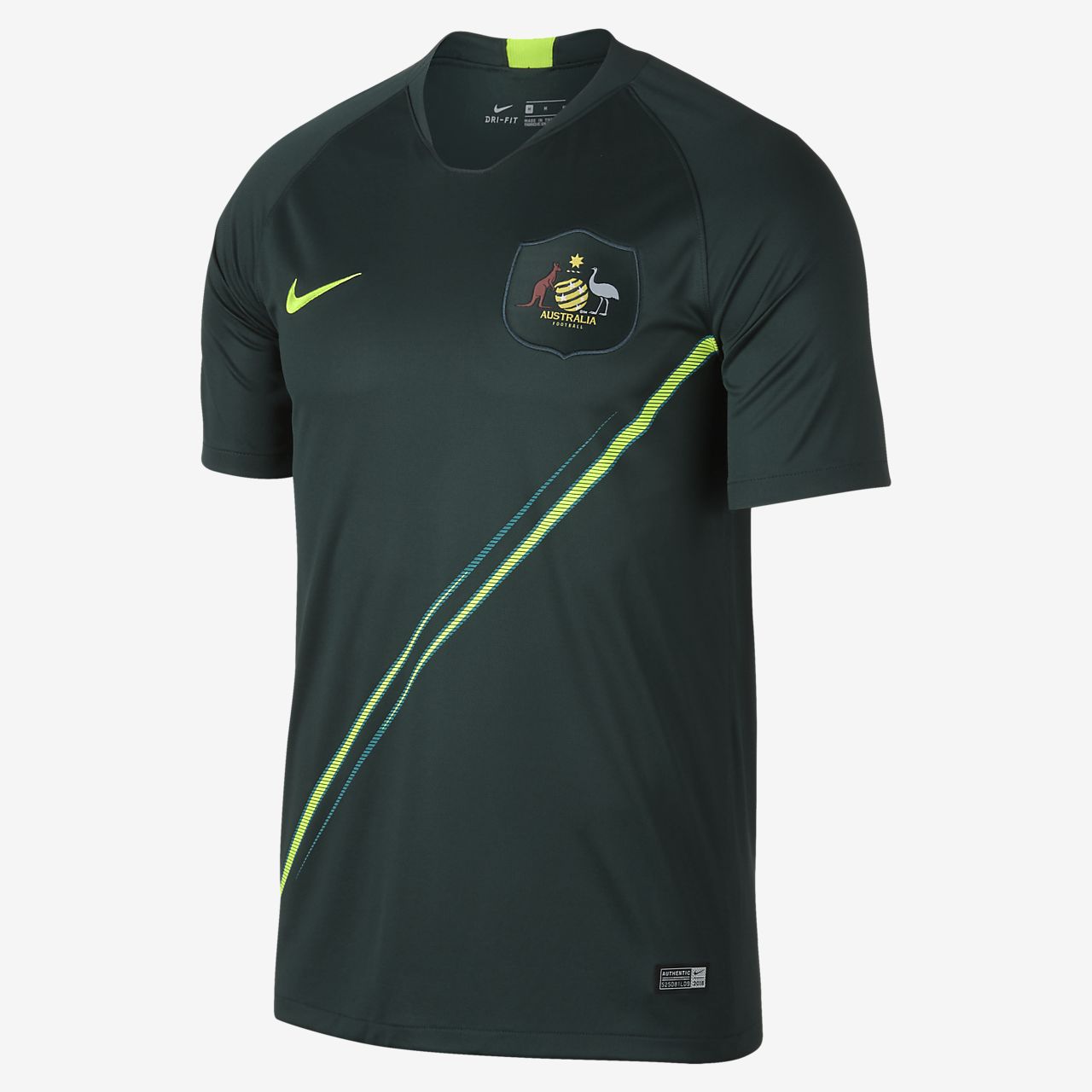 Will fight valiantly in every match, but will most likely leave their fans disappointed. Reaching the round of 16 would be a massive achievement, but another group stage exit is on the cards.