Kevin De Bruyne: dictating the tempo of matches with his passing and control, De Bruyne is the complete midfielder and a creative wizard.

Eden Hazard: a truly remarkable dribbler who keeps the ball on a string, and a clinical finisher when given the chance.

Youri Tielemans: from central midfield, Tielemans is skilful at working his way out of tight spaces, has great vision and possess an exception long shot.

Despite being one of the most promising sides in recent years, the talented Belgians have failed to impress in international tournaments. With former Everton manager Roberto Martinez at the helm, the Red Devils will nonetheless be hoping for a change in fortunes. There were certainly promising signs during the qualifying campaign, albeit against considerably weaker opposition, with 43 goals scored and only 6 conceded. Employing an unconventional 3-4-2-1 formation, Martinez has attempted to address Belgium’s well documented defensive woes, whilst also capitalising on their hitherto under-utilised but exceptionally skilled midfield and attacking options. It is safe to say that we will see more of the Spaniard’s trademark innovative and attacking football, but what that will mean for Belgium’s already stretched defence remains to be seen.

·        Belgium is not left wanting for talent, particularly in midfield and attack, and under the guidance of Martinez and his attacking mindset, the likes of De Bruyne, Hazard, Mertens and Lukaku would be a handful for any defender

·        Belgium has a considerable lack of depth in defence, and are dependent on the likes of Vertonghen, Alderweireld and the notoriously fragile Kompany

·     The new 3-4-2-1 system is reliant on proactive wingbacks to feed midfield and attack. As seen in Belgium’s pre-World Cup friendlies, containing the opposition wingers often means that the wing-backs leave the Lukaku, Hazard and co. stranded in the final third 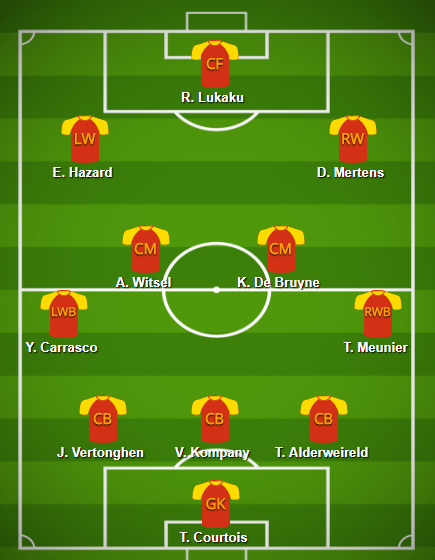 With so much talent, Belgium will certainly make it out of the group. Whether they finish first or second in their group, the quarter finals appears to be where the Red Devils will bow out.

Harry Kane: a clinical finisher who is so good, he can score without even touching the ball! Simply, Kane is a world class striker.

Raheem Sterling: coming out of his best ever domestic season, Sterling at his best is untouchable and capable of both scoring and assisting with ease.

Marcus Rashford: with speed to burn, great stamina and a lethal shot, Rashford is one of the most exciting youngsters in the world.

England can play a very rash and unstructured game at points as the reliance on mercurial striker Harry Kane becomes evident. Manager Southgate has to keep his team in check in order to go deep in the tournament. Options a plenty in attack with the likes of Jamie Vardy and Marcus Rashford pushing on the heels of Kane, England has become a nation like many others where the defence is the real and biggest issue heading into a major tournament. With perennial right back in his career at Tottenham and now Manchester City, Kyle Walker shifts into a centre back role - negating to some effect his marauding attacking potential. However, the likely set-up of a back three for England has 3 players in Walker, John Stones and Gary Cahill who all like to adventure forward at times, leaving exposed gaps in the defensive structure. Midfielders in Eric Dier and Jordan Henderson set-up deep in the line and can be potent at covering these holes but aren't the world class talent that can stop the likes of the big nations attackers in Germany, Spain, Brazil and France. Look for the side to lean on Kane outscoring their opponents, with Spurs team mate Dele Alli and Manchester City dynamo Raheem Sterling chipping in. 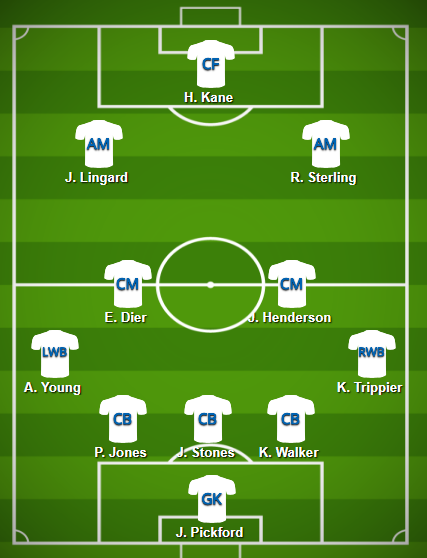 At best, England will make it to the quarter finals. At worst, they will fail to make it out of their group. What seems most likely? A tough battle in the round of 16 against either Colombia, Poland or Senegal that could be either way.

Gabriel Gómez: With 138 caps for his country, Gómez is a composed presence who controls the play of his side.

Gabriel Torres: Torres is a speedy winger who knows how to find the back of the net.

Making their first appearance at a FIFA World Cup, this unheralded Panama side will be looking to make the most of a rare berth that came at the expense of the United States. Playing with a conventional 4-4-2 system, coach Hernán Darío Gómez is aware of his team’s underdog status, instructing Los Canaleros to play disciplined, rigidly defensive football. Making use of two speedy wingbacks, however, may give the side the opportunity to grab goals through incisive counter attacks, before shutting up shop.

·       Central midfield has been a weak point through qualifiers and pre-World Cup friendlies, with the side losing possession all too often in their own half

·        Despite playing well as a unit, Panama lacks any degree of individual talent 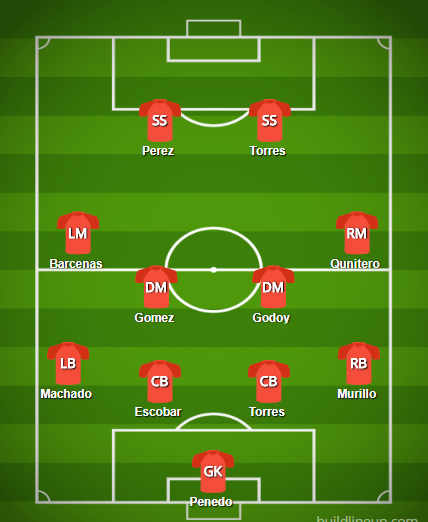 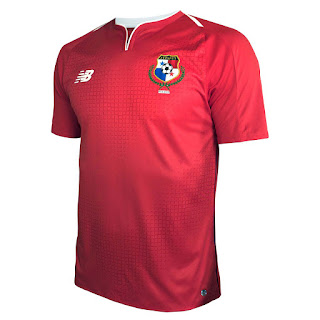 Qualified for the World Cup in dramatic fashion, and Russia will bring numerous memorable experiences for Panamanian players and fans alike. Picking up one single point would be a huge achievement. 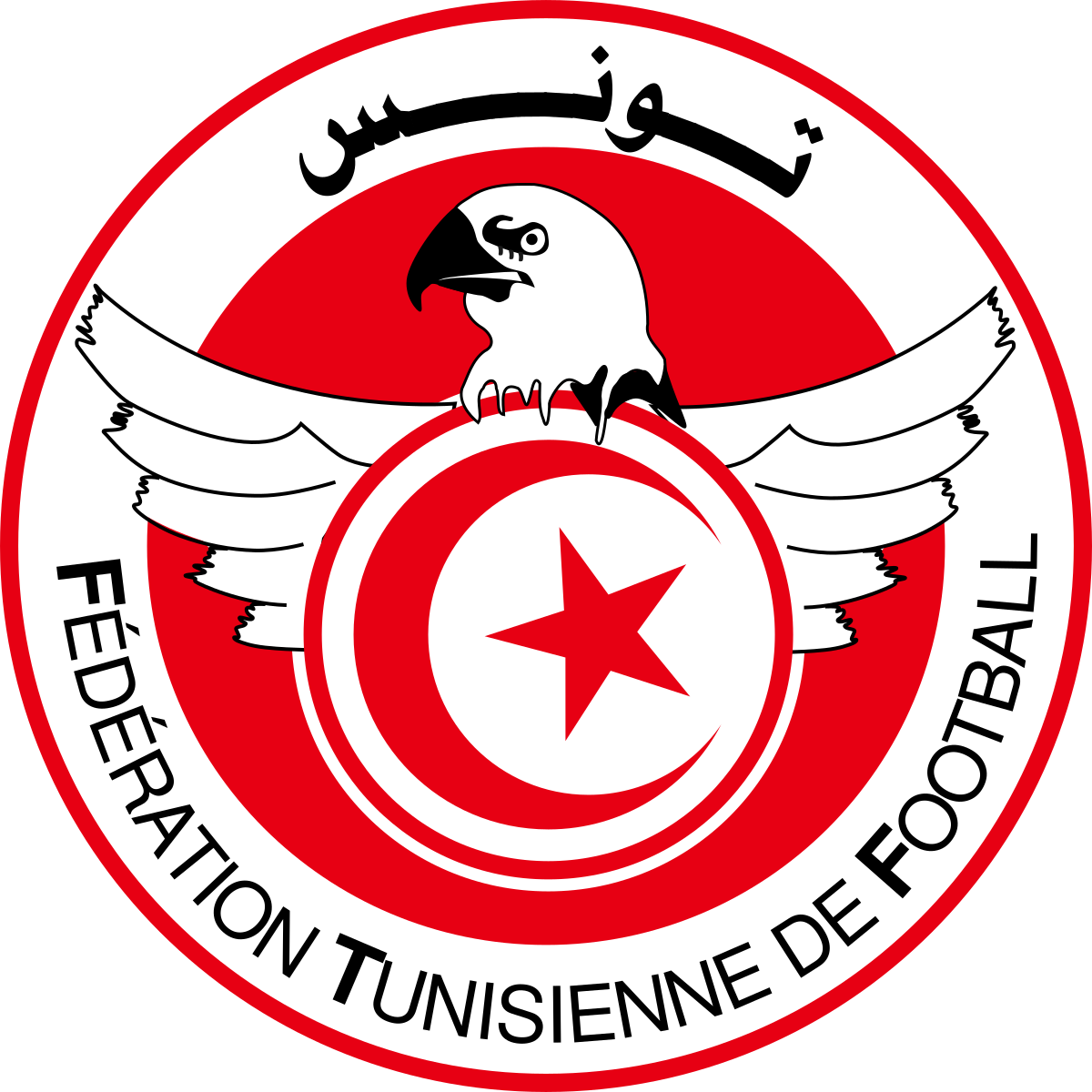 Naim Sliti: The driving force of Tunisia's attack has spent his entire club playing career in the french divisions and after debuting with the national team in 2016 has become a regular on both wing positions

Bassem Srarfi: the young attacking midfielder has looked right at home in Ligue 1 this season.

A side that has no real talent of note, manager Nabil Maaloul is prone to changes in the starting team, along with being flexible where regulars slot into the side. Predominantly a defensive set-up, a bank of four in the back-line has become a staple for the Tunisian's who look to get past the group stage for the first time ever in the countries World Cup history, having qualified for the finals 5 times. Not only is Tunisia's set-up defensive, they don't have outlets or highly technical players to create  play when winning, retaining and possessing the ball. This inability will lead to very ugly viewing and the stifling of oppositions styles, which occurred in their African qualifying group, despite going unbeaten.
Strengths:

·   Coaching by Maaloul has minimised the use of tricks and low percentage flicks, while increasing directness of play

·        Shaky goalkeeping on crosses and corners

·        Player indecisiveness when coming out of the back, resulting in unnecessary skill moves that relinquish possession 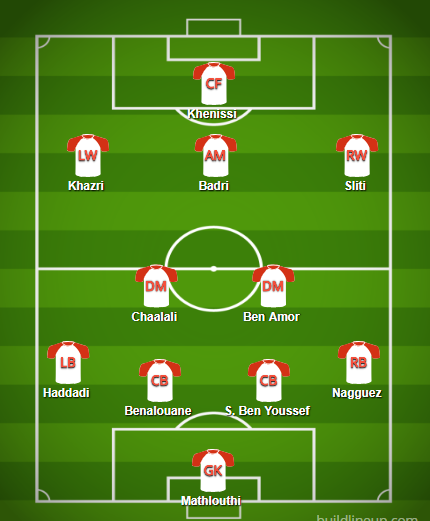 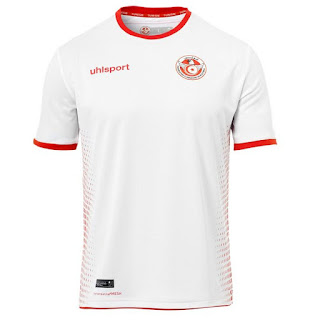 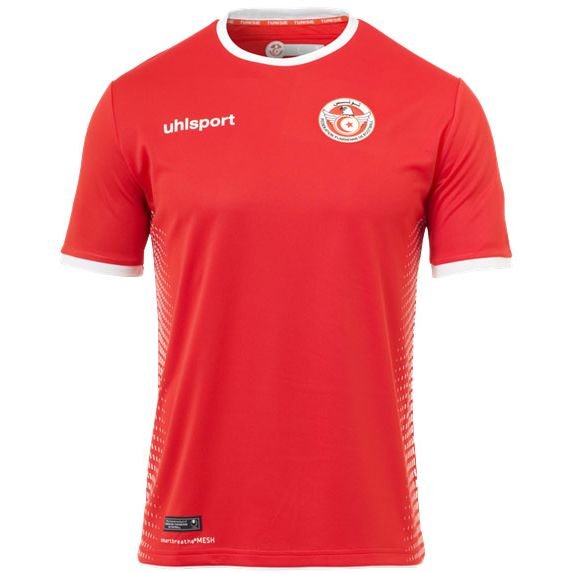 Will almost certainly drop out in the group stage, but could pull off a surprise and book a round of 16 spot. The latter seems highly unlikely though.